Adult San Francisco garter snakes can grow to be 18 to 55 inches (46 to 140 cm) in length. These snakes have blue-green keeled dorsal scales, which are bordered by black, red (occasionally orange), and blue-green stripes. Their heads are red and slightly wider than their necks and its eyes are huge compared to other garter snake species, providing it good vision, and allowing it to stay active throughout the day.

Humans are unaffected by garter snakes. It is reported that human are merely mildly irritated by their bites. Garter snakes have no fangs, however their saliva contains mildly harmful venom.

The largest and most stable population of an endangered snake species are found on a 180-acre property of undeveloped wetlands and highlands, held by the San Francisco International Airport. Because of the destruction from agricultural and urban development, the population of San Francisco garter snakes have been declining for decades.

The San Francisco garter is one of the most endangered species. San Mateo County's limited coastal and bayside wetlands are home to all known populations of this beautifully colored snake. Agricultural, residential, commercial, and even recreational development have all harmed the snake's preferred habitats.

Recovery Action Plan Made by the Airport 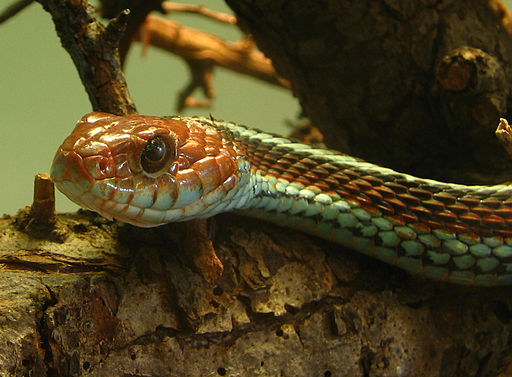 The San Francisco airport launched its Recovery Action Plan in 2008 to help stabilize the snake population, as well as populations of the endangered California red-legged frog, which the snakes devour. The West-of-Bayshore land is also managed by the airport.

The recovery plan is centered on preserving the lives of the area's endangered animals. Their main purpose is to "restore habitat in accordance with the Recovery Action Plan to preserve healthy populations of San Francisco garter snake and California red-legged frog."

The area supports the biggest populations of the two federally protected species, according to research commissioned by the US Geological Survey and the US Fish and Wildlife Service, with an estimated population of 1,300 snakes at the location.

To improve habitat conditions for these species, the plan includes several enhancement and management initiatives. As a biologically sensitive location, public access to the West-of-Bayshore is prohibited. It is illegal to collect and injure specimens, and violators are susceptible to state and federal penalties.

After all of the strategies have been implemented, the airport has assessed that the San Francisco garter snake population is healthy and stable.

With a size range of 2 to 5 inches, this specie is the largest native frog in the western United States. Adults have little black specks and/or irregular dark spots on their backs, and are brown, gray, olive, or reddish in color. The common name comes from the color of the underside of the hind legs, which is red. The red coloration can sometimes be seen on the stomach and lower back.

California red-legged frogs are only found in streams or drainages in central coastal California. The fall of their numbers is related to several factors, including habitat loss due to agriculture growth, urban expansion, and stream change; commercial over-harvesting for food; and the introduction of non-native species and predators.

Their decreasing numbers indicate a loss of diversity and environmental quality in wetlands and streams, which are critical for clean water and the survival of most fish and wildlife species.

Alongside the San Francisco Garter Snake, they mostly inhabit the San Francisco Internation Airport as prey to the snakes, which probably explains their decreasing numbers. The Recovery plan will help the survival of both species.