Snake Bites an Indian Man, He Takes ‘Revenge’ by Biting it Repeatedly

In an odd and weird situation, a 45-year-old man was bitten by a snake, but he was able to trap the snake and kill it by biting it back. This odd occurrence occurred in a rural hamlet in the Jaipur district of Odisha.

Kishore Badra of Gambharipatia village, has been recognized as the guy. Badra was going home from work through his paddy field, when he was bitten on the leg by the snake. 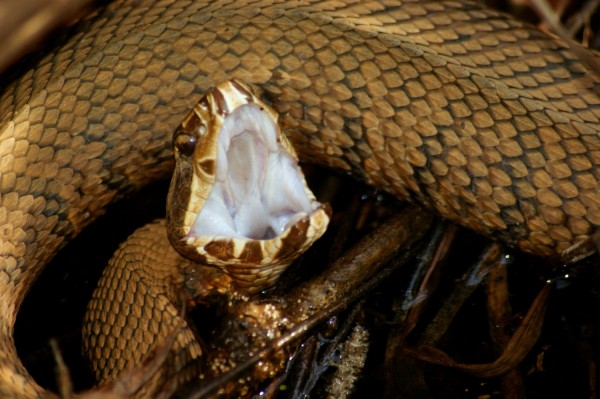 Mr. Badra told the Press Trust of India (PTI) news agency, "Something bit on my leg while I was returning home on foot last night. I switched on my torch and found it to be a poisonous Krait snake to take revenge, I took the snake in my hands and bit it repeatedly, killing the krait on the spot"

Badra did not have any trouble or discomfort after biting the toxic krait, according to the magazine. He also paid a visit to a traditional healer who lives in the area. This healer had previously treated him.

Badra returned to his town with the dead snake in his hands. When he returned home, he told his wife about the incident, and she was shocked by what happened. Within a few days, word of this occurrence had spread like wildfire, and it had become a topic of conversation for everyone. Badra told the story to everyone, he even showed the snake to his friends.

The krait is a three-foot-long poisonous snake that may be found throughout south and southeast Asia. During the night, it is said to be most active. Snake bites can be very dangerous, as a poisonous snake bite can put a person's life in jeopardy or render them disabled.

According to a study article from 2020 titled Snakebite Mortality in India: A Nationally Representative Mortality Survey, India has long been considered to have the highest number of snake bites of any country. However, due to insufficient hospital-based reporting, estimates of overall yearly snakebite mortality range from around 1,300 to 50,000 people.

Snakebites were responsible for 562 deaths. Snakebite deaths were more prevalent in rural regions (97%) and were more common in men (59%) than females (41%) and peaked between the ages of 15 and 29 years (25%) and during the monsoon months of June to September. This percentage equates to 45,900 snakebite deaths each year in the United States.

In modern India, snakebite is still an underappreciated source of death by accident. Because India accounts for such a high percentage of worldwide snakebite totals, global snakebite totals may be understated.

Snakebite mortality in India might be reduced via community education, proper medical personnel training, and improved antivenom delivery, particularly in the 13 states with the greatest frequency.