Originally, historians tell us that the dinosaur era went to ultimate extinction some 10 million years ago when a 6-mile asteroid hitting the Yucatán peninsula in Mexico caused sudden change in climate across the Earth.

Some people say it was disease or geothermal activity, while others even believe it was aliens. However, a new study suggests that biodiversity of dinosaurs had already declined rapidly way before that due to climate crisis.

The studies' findings say that biodiversity of dinosaur's six families was already in steep decline, in both herbivorous and carnivorous species, even before the asteroid hit. 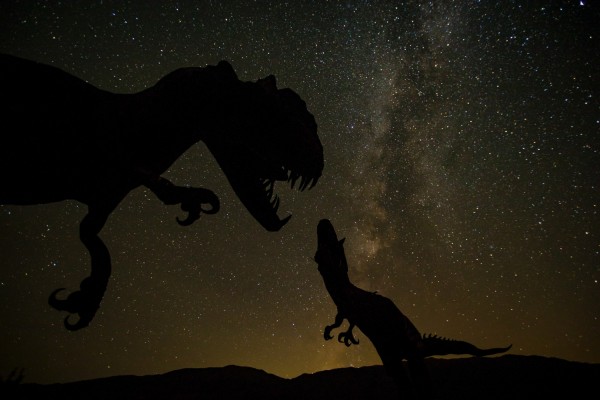 Researchers note that Troodontidae, a family of bird-like dinosaurs, surprisingly exhibited only a small decline in biodiversity before the asteroid hit, while herbivorous dinosaurs declined in number first than the carnivores.

Experts think this may have caused the rapid decline of carnivorous species at the time, called the cascade effect or extinction triggered by a prior extinction of a different species in an ecosystem.

One theory for dinosaur extinction event during the Cretaceous period was climate change, according to study.

Dinosaurs may have been severely impacted by the global cooling period

Dinosaurs are mesothermic animals that need warm climate to regulate body temperature and functionality of their metabolism. At the time of climate crisis some 145.5 and 65.5 million years ago, the Earth underwent a global cooling period of 7-8⁰ C and this might have initially caused the steep decline of their species.

Perhaps the extinction of dinosaur species can also be linked to changes in weather patterns that occurred in a long period of time when warm, wet climate gradually changed to a drier, cooler one. Animals rely on their environment to survive, and when it is altered, they will more likely be adversely affected.

Some experts are convinced that climate change was responsible for killing the dinosaurs. While it is not new that a theory says it was caused by massive asteroid hitting the planet, it can also be induced by Earth itself.

The sudden mass extinction approximately 66 million years ago, in which only dinosaurs that were ancestors of what are now birds had survived, swept the entire plant and animal species on Earth. Scientists mainly pinned it on Chicxulub asteroid impact which killed almost 75% of life on Earth, or volcanic eruptions around the same period that were "strong enough to substantially disrupt global ecosystems," said Dr. Alessandro Chiarenza at Imperial College London.

"Our study confirms, for the first time quantitatively, that the only plausible explanation for the extinction is the impact winter that eradicated dinosaur habitats worldwide," she added.

Technically, asteroids did not create a world that dinosaurs couldn't have survived in, but the change in climate that generated immediate "drastic global winter," and its long-term effects.

For some, the build-up of carbon dioxide or volcanic eruptions may have warmed-up the planet and helped restore some habitats, allowing some life on Earth to survive, but sadly not for the dinosaurs.