In Hubei province, central China, more than 21 people were declared dead due to torrential downpour on the 13th of August. This came just weeks after record-breaking floods caused a massive destruction on the region.

Due to power outages and landslides following the rain, more than 6,000 residents lost their homes. 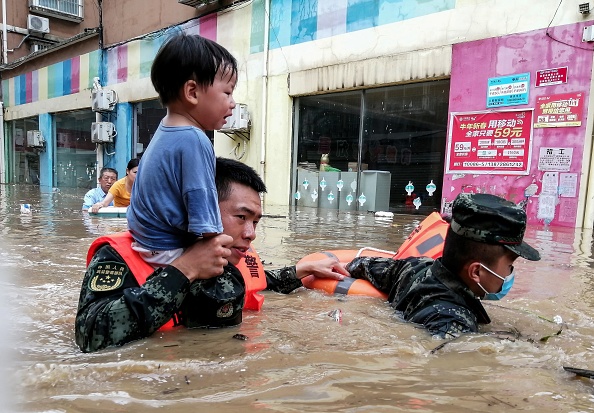 In recent months, unusual rains have battered China and experts say this extreme weather is very common because of global warming.

On Friday, heavy rains prompted power outages and landslides in Hubei, and it destroyed hundreds of homes and led to the evacuation of almost 6,000 people, the Emergency Management Bureau of the province said as reservoirs get to risky levels.

On Friday, state broadcaster Xinhua reported that "twenty-one people were killed and four others are missing as heavy rain lashed townships from Wednesday."

Videos reveals families wading in floodwaters that had nearly gotten to their hip level and holding necessary items in plastic bags in Yicheng, which on Thursday saw a record 19 inches (about 480 mm) of rain. Rescuers conveyed people to a safe place on bulldozers.

A resident from one of the worst-hit regions in Suizhou city told local media that the water levels increased to around two to three metres yesterday and a neighboring house was totally destroyed.

The resident said they haven't witnessed so much rain in 20 or 30 years.

Ministry of emergency management in China said hundreds of firefighters and thousands of military and police have been sent to the worst-hit regions. Last weekend in the south-western province of Sichuan about 100,000 people were relocated as torrential rains led to several landslides.

The previous month, over 300 people lost their lives in central China's Henan province after record heavy rainfall released rain that can last for a whole year on a city in just three days.

Torrential rainfall could possibly continue until next week, with places along the Yangtze River with the inclusion of Shanghai, susceptible to flooding, China's Meteorological Administration warned. 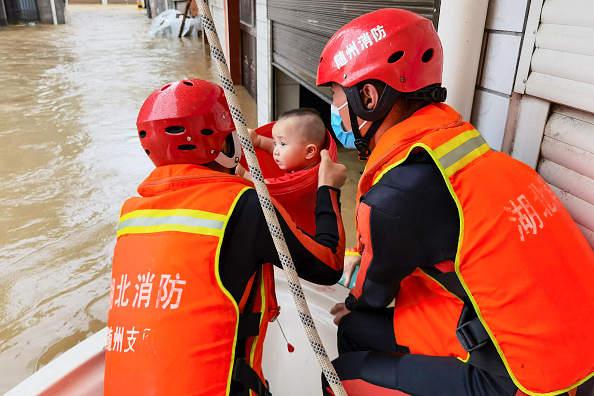 How Does Rain Come About?

Different weather conditions can trigger extreme rainfall in an area. Tropical cyclones developed in some tropical and subtropical regions, especially during the summer and fall. When they arrive in the northwest portion of the Pacific Ocean or in the Atlantic Ocean and get to some kind of intensity, they are referred to as hurricanes.

Tropical cyclones can make great amounts of rain which prompts flooding and flash flooding immediately the storm gets to land.

Also, they are capable of sending a rush of water from the water bodies onto coastlines in an event referred to as storm surge, which floods low-lying places. Flash floods are very risky floods and can occur with little or no warning.