Record-breaking rains turned streets and subways into rushing rivers in areas of central China earlier this week, prompting dramatic rescues, and meteorologists warn that rain and thunderstorms will continue in the coming days. 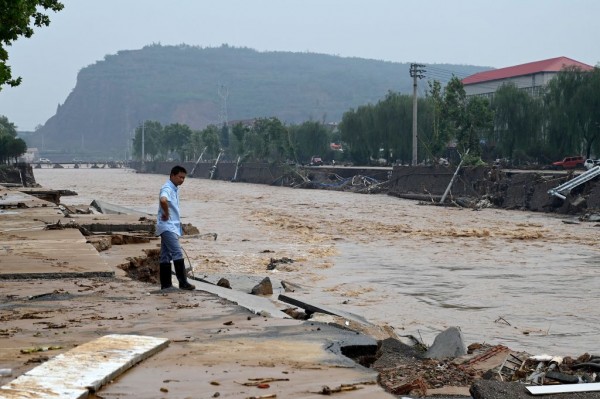 According to The Associated Press, at least 33 people have died due to the floods, which happened after days of torrential rain flooded cities across Henan province in east-central China.

The rain continued to fall across the province on Thursday, but the focus had switched to cleanup operations in and around Zhengzhou, Henan's capital. Floodwaters continued to inundate large areas of the city.

According to the BBC, flood prevention measures in Zhengzhou, which is located along the Yellow River, and nearby cities were overwhelmed. Soldiers were sent to redirect rivers and pump floodwaters. 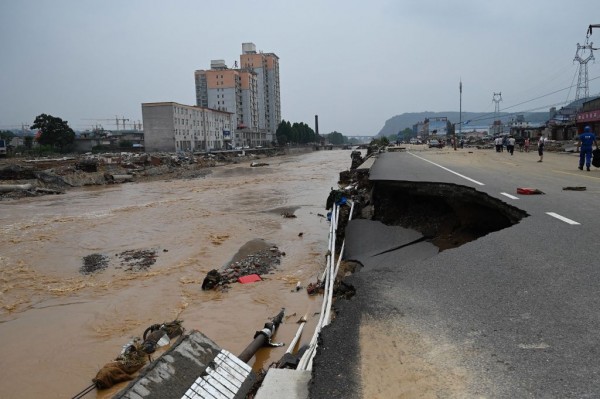 The rain began on Sunday and lasted at times through Tuesday in this part of central China, dropping record-breaking rainfall over the province.

According to the World Meteorological Organization, the rainfall in Zhengzhou over four days was greater than the average for the entire year. Not only that, but the Zhengzhou meteorological office told Reuters that the three-day rainfall totals were a "one in a thousand-year" occurrence.

Dramatic scenes of subway rescue in Zhengzhou, in China's Henan province.
It received MORE than its annual average rainfall in four days and nearly one third of its annual rainfall in just ONE HOUR on 20 July
Our thoughts are with everyone affected#ClimateAction #ChinaFloods https://t.co/BVZYnU12Eu 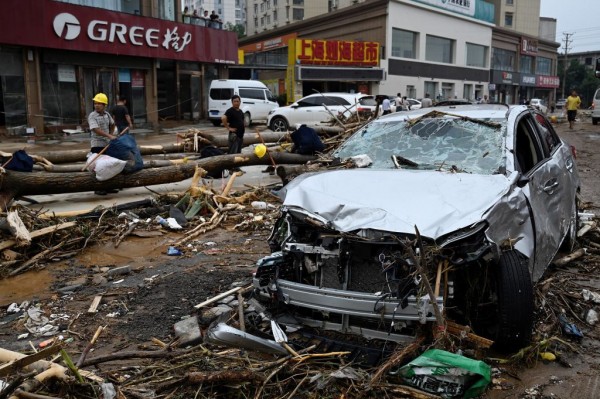 Streets were transformed into rivers, dragging automobiles downstream and trapping some indiviadduals in the raging rapids. Floodwaters inundated the region's tunnels and subway systems as well.

Commuters were stuck in subway carriages as water levels increased, according to videos shared on social media. The commuters eventually battled to keep their heads above water as the water level rose. More than 500 individuals were rescued from the tunnels, according to the BBC.

150 children and instructors had to be saved when a nursery was flooded, according to CGTN. Plastic containers were used by firefighters to float the children out of the building and to higher ground.

According to the BBC, 200,000 people have been evacuated owing to rising flood levels and power disruptions.

The First Affiliated Hospital of Zhengzhou Hospital, dubbed "the largest hospital in the world," when the facility lost electricity for some time, was among those evacuated.

According to a local reporter, families of patients gathered outside as 600 severely sick patients were transported to another institution. According to the BBC, many were without water, electricity, or power.

Officials in Luoyang, farther north, stated that a 65-foot (20-meter) fracture had appeared in the dam due to heavy rain and warned that the dam might "collapse at any time," according to the BBC.

As floodwaters surged, residents in the town of Sishui were stuck on roofs.

Severe flooding was also recorded in Xinxiang and Hebi, both in Henan province, on Wednesday night local time.

According to lead international meteorologist Jason Nicholls, the catastrophic rains in Henan province are due to an area of low pressure that developed along a stationary front across central China.

"A strong region of high pressure just east of the Korean Peninsula has helped to bottleneck the pattern in eastern China," Nicholls added.

This slowing of the storm contributed to the formation of training thunderstorms.

"When thunderstorms recur over the same areas that have already been hit by storms, this is referred to as training. It's like a freight train with numerous cars going over the same piece of track one after the other, "Mary Gilbert, a meteorologist, explained the situation.

According to China's meteorological bureau, 24.6 inches (624 mm) of rain fell in only 24 hours in Zhengzhou on Tuesday. One-third of the rain fell around 4 p.m. local time, shattering "history records," according to the BBC. 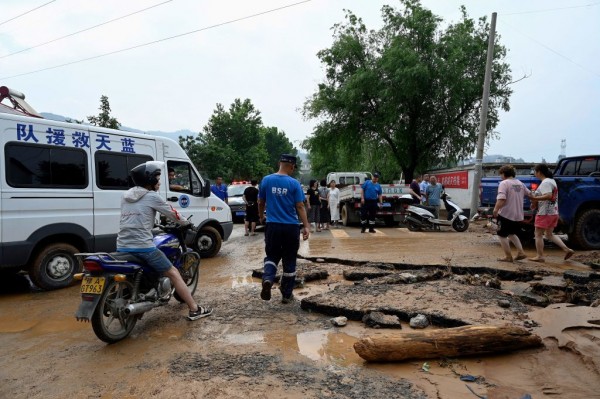 Severe flooding has been a persistent issue across the country. Last week, heavy rains triggered catastrophic flooding across China, notably in the southern province of Sichuan, which affected over 120,000 people. Several watercraft were pushed over a roaring waterfall on a flooded river near the city of Bazhong in dramatic footage.

As the stationary front stays draped over the area, showers and severe thunderstorms are anticipated to persist over east-central China on Thursday and Friday.

Typhoon In-fa is forecast to make landfall on China's eastern coast this weekend, bringing a respite in the weather pattern.

Showers and thunderstorms farther inland will be hampered as the typhoon approaches land, as high pressure builds to counteract the low pressure near the coast.

Also Read: First Ever Human Death Due to Highly Fatal Monkey B Virus Reported in China