Slathering oneself in lethal poison is an excellent strategy to deter predators from preying on you and your relatives. Poisonous chemicals cause mayhem by interfering with an enzyme or receptor.

However, it does not appear that this is the way that evolution has selected for birds and amphibians that generate batrachotoxin.

Batrachotoxin is a neurotoxin generated by some beetles from an alkaloid. A few of bird species in Papua New Guinea (such as the Pitohui) and certain poison dart frogs indigenous to the tropical woods in Columbia, are unaffected by the alkaloid.

According to researchers from the University of California, San Francisco, Stanford University, and the California Academy of Sciences, these animals might defend themselves from the toxin's effects by depending on a protein to absorb it before it creates issues. The study does not only explain the evolution of hazardous defensive systems, but it also has the potential to inspire new antidotes from deadly chemicals. 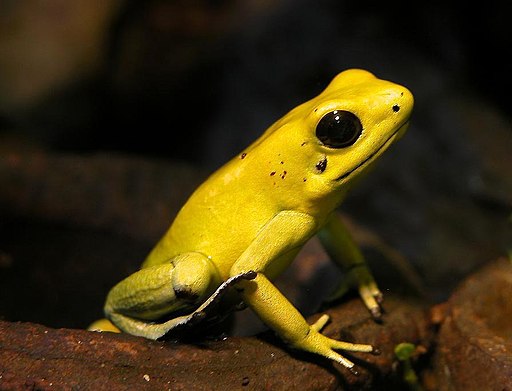 The golden poison frog (Phyllobates terribilis) is one of the most poisonous creatures on the planet. A single two-inch specimen contains enough venom to kill 10 adult men. The Colombian indigenous Emberá people have utilized its potent venom to tip their blowgun darts for generations, thus the species' name.

Humans are not the only ones who should be concerned. The poison kills everything with nerves and a heartbeat because it binds to the sodium channels that govern neurological impulses.

These brilliantly colored amphibians, which average more than one inch in length, are among the biggest of the more than 100 poison dart frog species. They reside in a little patch of rain forest on Colombia's Pacific coast. Even though the population in its restricted area is plentiful, growing deforestation has put this species on worldwide endangered species lists.

The poisons of the golden poison frog have been studied in the medical world for prospective therapeutic use. They have already created a synthetic version of one of the poison's components, which has the potential to be a potent painkiller.

The voltage-gated sodium channels present in poison dart frogs and Pitohui birds were investigated by biochemists from the University of California, San Francisco. They discovered that the proposed sodium channel variation provided poor protection. The frogs appeared unharmed even after being injected with the poison. The researchers conclude that harmful chemicals must be intercepted before they can reach the sodium gates.

Though the study does not go as far as to identify any 'toxic sponges,' such a discovery is not unheard of. They previously discovered that American bullfrogs (Rana catesbeiana) generated proteins that protected them against cyanobacterial neurotoxins.

Saxiphilin binds to saxitoxin and renders it ineffective, assisting the frog in surviving algal blooms. It is still unclear if poison dart frogs and Pitohui have a comparable level of defense. However, it is a safe bet that researchers will investigate.