For this special bacterium to thrive and become useful, INL research scientists found that potato wastewater may serve as its low-cost food source. 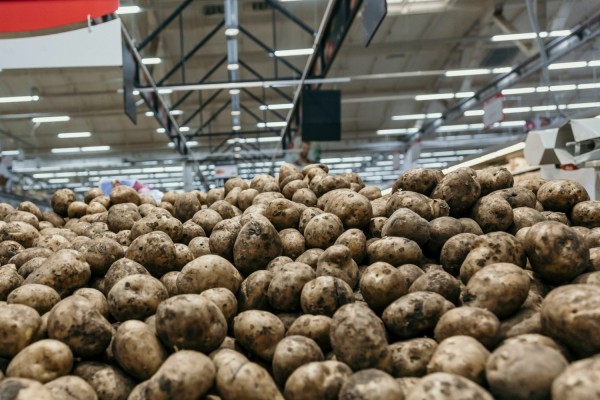 The millions of gallons of water used to clean potatoes in Idaho are typically disposed of after use, but these large amounts of wastewater actually contain organic matter that can be fed to bacterium called Gluconobacter oxydans, which then produces organic acids that dissolve the metallic elements from rare earth elements including neodymium and dysprosium.

These elements found in cellphones, computers, electric vehicles, and even wind turbines, are typically difficult to obtain in the U.S., leaving manufacturers to come short in supplies. However, the INL research team had developed a biochemical leaching process to recover valuable rare earth metals from electronic waste.

Hitting two birds with one stone

For the Gluconobacter to produce the organic acid, they should be provided with nutrients. In a previously conducted economic analysis of the 'bioleaching' process, INL researchers Vicki Thompson and David Reed found that feeding the microbes with glucose would cost them as much as 44% of their total cost, making up the biggest expense of the development.

Researchers Thompson, Reed and INL senior scientist Yoshiko Fujita, found an alternative that provides just the same performance to that of a glucose, through potato wastewater and corn stover.

"One thing we're doing is using agriculture residues and food waste as a nutrient source for these microorganisms. The waste materials are also a problem for industry in some cases," Reed said, noting that potato wastewater is just getting rid of and dumped anyways.

Technically, the researchers are creating something very useful and reducing waste at the same time.

"What drove the economics on the potato waste was transporting it to the petroleum refinery in Salt Lake City," said Thompson. "If you could co-locate the refinery with the potato processing facility, the cost of transporting that liquid 200 miles would disappear."

"It's great to create new technologies to recover the rare earth elements from waste, but there are all these other factors," said Fujita. "If we can't do economical collection of the materials, it doesn't really matter."

Reed said that the economics could have improved if the potato processing facility was considered. "That might make our process even more economical."

Researchers conclude that both corn stover and potato wastewater are cheap but efficient nutrient sources for the bacterium to grow on, while reducing waste as another benefit.