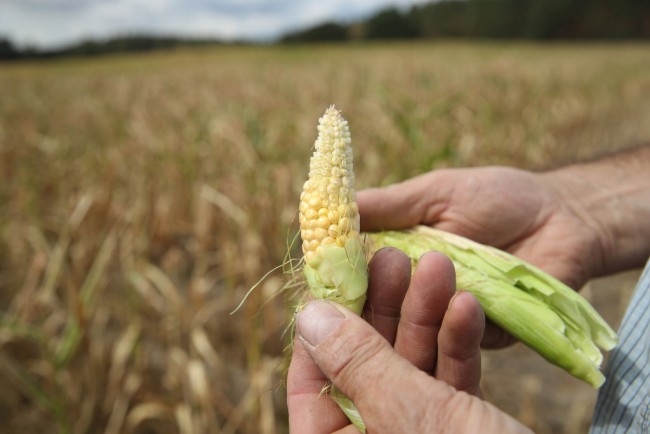 Over the past year, corn prices have been rising up to more than 50%. In 2021 alone, the price per bushel has been soaring and closing in on highs not seen since 2012. And as corn prices go up, apparently so does the price for chicken and beef.

Just like in 2012, the reason for these rising corn prices is because of the drought. These periods of drought reduced soil moisture or groundwater and lead to crop damage. With this general water shortage, business is never really the same.

Drought as the Primary Trigger

Last November, AccuWeather experts warned that this year's crop would be adversely impacted by the dry weather. Drought as the primary trigger is affecting farmers in Brazil more than it is in the U.S.

The weather patterns in Brazil continue to trouble the corn crops while it is at its critical pollination phase. With temperatures rarely dropping below 20°C (68°F), the climate varies from hot and dry, to humid and sticky in the tropical rainforests of the Amazon jungle.

While droughts have affected different regions of Brazil in the recent years, these droughts specifically put corn crops in a difficult position because environmental conditions are favorable at all stages of growth. Corn silks have very high water content, meaning lack of moisture to these crops could stress out and delay the corn's growth.

So as corn prices go up, that could take protein prices with it. Prices for pork, chicken, beef will also rise up and these delays in supply make it difficult to rebuild, coming out of the pandemic. The impact of these certain changes will mostly affect the farmers; "Corn and soybean producers will have nothing to sell, and livestock producers will have very expensive inputs. Consumers can adjust because they eat a variety of foods. Cows don't." said James Dunn.

"It's not exactly the best outcome when foodservice is having to fight back from having been down," Isaac Olvera, lead food and agricultural economist with Arrowstream, said in an interview. "Higher menu prices are not what you want to see when you come online and have to convince consumers to come back."

Corn and its many uses

While factors that lead to rise in corn prices are determined by the interaction of the supply and demand functions, The Wall Street Journal noted that "You're going to notice in the supermarket an increase over the next three to four months, I think, of 15, 20, 25%,".

People in the U.S. can be expected to pay more than the usual, as corn is a vital and key ingredient in making many products like corn oil, corn chips, Coca-Cola and even motor fuel. While many many cultures around the world have lived on corn, the U.S. is by far the world's largest producer and exporter of this vegetable. The stalks can also become animal food and the corn silks can be used for medicinal teas. It can even be turned into cosmetics, biodegradable packing materials or bio-based plastics. No wonder we grow so much of the stuff!

Also read: May 2021 Has Been 'Abnormally' Drier Than This Time Last Year - Here's Why