Antibiotic-Resistant Superbugs? Raw Dog Food Could Be the Leading Cause

European researchers just recently revealed that raw dog foods can spread antibiotic-resistant superbugs, which could also be contracting the said 'superbugs' to its pet owners.

By testing wet, uncooked, and cooked dog food from 25 different commercial brands, researchers found Enterococci bacteria in just over half of the samples, with an 'unexpectedly high' rate and diversity.

Enterococcal infections are most common in humans and part of the normal intestinal flora. The bacteria typically cause urinary tract infections, bacteremia, endocarditis, intra-abdominal and pelvic infections, and skin, soft tissue, and wound infections. In recent years, they have also become resistant to many standard therapies including antibiotics in our arsenal.

The test result suggests that superbugs were more evident in raw dog foods, clearly because the cooked ones had pretty much undergone heating which kills off pathogens. 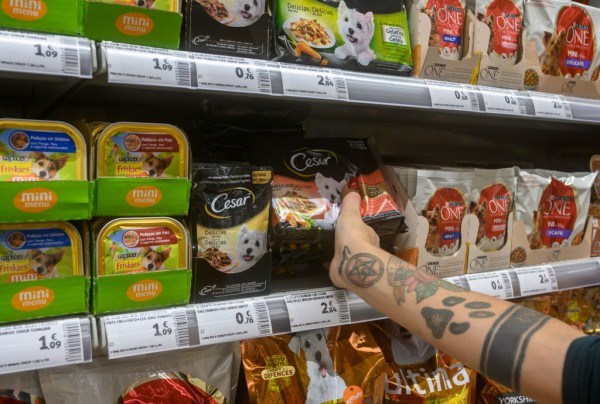 The study found that more than 40 percent of the germs found in the dog food samples resisted to a wide range of antibiotics, including erythromycin and ampicillin, while 23 percent resisted to last resort treatments, like linezolid.

Researchers are mainly concerned that these dog foods are imported worldwide which could mean greater risks for human health, especially that 'it could be incredibly hard to treat'.

"The close contact of humans with dogs and the commercialization of the studied brands in different countries poses an international public health risk," says molecular geneticist Ana Freitas from the University of Porto.

"European authorities must raise awareness about the potential health risks when feeding raw diets to pets and the manufacture of dog food, including ingredient selection and hygiene practices, must be reviewed," he added.

Despite popularity of uncooked, meat-based diets among many dog owners, its potential risks to human are 'rarely addressed'.

After further testing, it was finally discovered that all dog food samples, whether raw or cooked, contained Enterococcus.

Several public health groups, like the Centers for Disease Control and Prevention are against feeding raw foods to pets, for fear of Salmonella and Listeria. However, it had not been previously discussed that even cooked ones can carry disease-causing bacteria, which researchers considered as an oversight. It was only until the recent research that they found dry or wet dog treats carry some antibiotic-resistant bacteria, too.

This calls for dog food companies to think about resourcing or improving treatment of raw meats to avoid slipping through disease-causing pathogens.

While the researchers are convinced that their finding was a big deal for consumers, they think they would have to widen their samples from different other brands to verify 'how ubiquitous this issue truly is', and also focus on the cooked ones this time.

As they continue to assess other risk factors or impact this has to human health, they suggested "staying away from raw dog food and practicing safe hygiene at home", in the meantime. Lastly, pet owners are encouraged to wash hands with soap and water regularly after handling pet food and picking up feces.