Severe Drought Worsens Wildfires All Over the US

Multiple wildfires add to the suffering caused by excessive drought and a scorching heat wave that has gripped most of the western United States.

Many portions of the Southwest and the Great Basin and California are predicted to see temperatures well over 100 degrees this week, prompting the National Weather Service to issue heat advisories.

According to the US Drought Monitor, 89 percent of the West is experiencing drought. More than half of the western United States, or 55 percent, is experiencing severe or exceptional drought.

According to the National Weather Service, the dryness, along with gusty afternoons, has resulted in near-critical to critical fire weather conditions for sections of Utah, Nevada, and southeastern California through Tuesday afternoon. 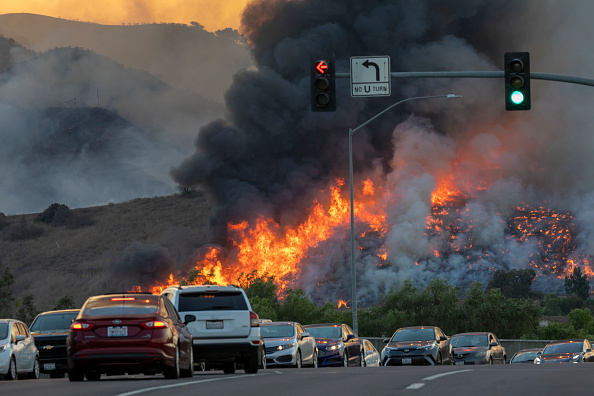 Several of the flames have prompted people to flee their homes. Here's a look at some of the most serious blazes.

The Telegraph Fire has forced homeowners on both sides of State Road 77 in the El Capitan region southeast of Globe to evacuate, according to a Facebook post from the Gila County Sheriff's Office, The Dripping Springs region was likewise told to evacuate a few hours later.

According to authorities, the fire has devoured more than 142 square kilometers since it started on June 4. It has been limited to 74% of its original size. It's only around a mile away from Top-of-the-World.

A fire in the Santa Rosa Mountains near Highway 74, roughly 105 miles east-southeast of Los Angeles, wounded a firefighter on Sunday. There were no details on his condition available.

Cal Fire, the California Department of Forestry and Fire Protection, said two more fires broke out in the state on Sunday.

One of five wildfires raging in Utah is the Pack Creek Fire.

Because of the Pack Creek Fire, the Sheriff's Office of San Juan County, located south of Moab in Utah's southeast corner, ordered all private property east of Geyser Pass on the LaSal Mountains to be evacuated on Sunday.

According to Utah Fire Info, the Pack Fire, which began last Wednesday due to an abandoned campfire, has burnt over 8 square miles. It was just 6% contained.

In New Mexico, at least eight big flames are burning, the largest of which being the Johnson Fire.

It has burnt about 102 square miles in the Gila Wilderness in the Gila National Forest. It's just 11% contained.

The public has been denied access to the Gila National Forest and a huge portion of the Gila Wilderness. Also closed is the Gila Cliff Dwellings National Monument.