Britain now classifies raccoon dogs as major non-native pest that will likely to destroy wildlife. Their cute little furry faces might not look like the destructive type, but a study found they can be pretty invasive mammals in the UK.

Raccoon dogs are among the new found species which have arrived in Great Britain for centuries. For some time now, they have spread diseases and competed with other native fauna to have a place in the local ecology, giving them a place in the list of 20 invasive species that have reached UK shores.

Researchers had warned that raccoon dogs pose a threat to biodiversity, like that of invasive American mink to decreased water vole numbers, and have negative impacts on the environment, the economy and human health.

Raccoon Dogs are Escapologists and Adaptable 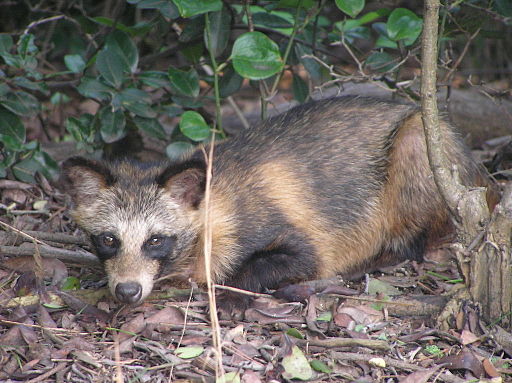 Historically, raccoon dogs were farmed for fur but have escaped and spread rapidly through continental Europe, reaching the northern European country despite population control and eradication efforts. They are believed to be 'escapologists of the mammal world'.

However, the government encourages dispatch of captured raccoon dogs in the most appropriate and humane way as possible, like putting them to sleep. These animals are still occasionally sighted in France, Germany, Poland and the Netherlands.

The chair of the Mammal Society, Dr. Stephanie Wray explained that although there are only a few numbers of sightings of raccoon dogs around Britain, this small number remarkably breeds and populates quickly.

"The raccoon dog is a very adaptable animal which can breed quickly and survive on a wide range of food," she added.

The Mammal Society calls on people to report any sightings of the fox-like animals as they cause unavoidable destruction by predating and spreading illness on native species including amphibians, small mammals and ground-nesting birds. In addition, they damage forestry and cause illness to humans. However, just last year, a wild raccoon dog was captured in Wales and 'put to sleep' which the BeastWatch UK described as 'avoidably destroyed' and a 'resort to unnecessary euthanasia', saying that the raccoon could have helped with access to many sanctuary places across the country.

Raccoon Dogs are 'Pests' not 'Pets' in the UK

Raccoon dogs are invasive non-native species and UK's next pest. Dr. Wray warned that destructive racoon dogs have already inflicted on their environments such as the forests, wetlands, farmlands, and urban areas. They are currently classified as one among the 10%-15% non-native species causing problems in Great Britain, threatening wildlife and carrying disease.

In addition, these invasive non-native species have already cost the economy an estimate of £1.8bn each year.

The Royal Society for the Prevention of Cruelty to Animals (RSPCA) said that raccoon dogs are wild and "extremely smelly" animals and are not advised to be domesticated. In 2019, buying and selling the exotic pets were banned in Britain.

Authorities said their complex needs are not suited to life in captivity, which reached them to a conclusion that they should be given the most appropriate control option.