In 30 Years, African Great Apes Risk Being Homeless as Their Territory Faces Degradation

With the world still racing against the clock of climate change, more researchers are forecasting the consequences of unmitigated environmental degradation.

Recently, a study published in Diversity and Distributions presented the startling warning that many African great apes could lose over 90% of their natural territory by the year 2050. The study incorporated a number of factors that would lead to this loss, including climate change, mining expansion and human population growth. 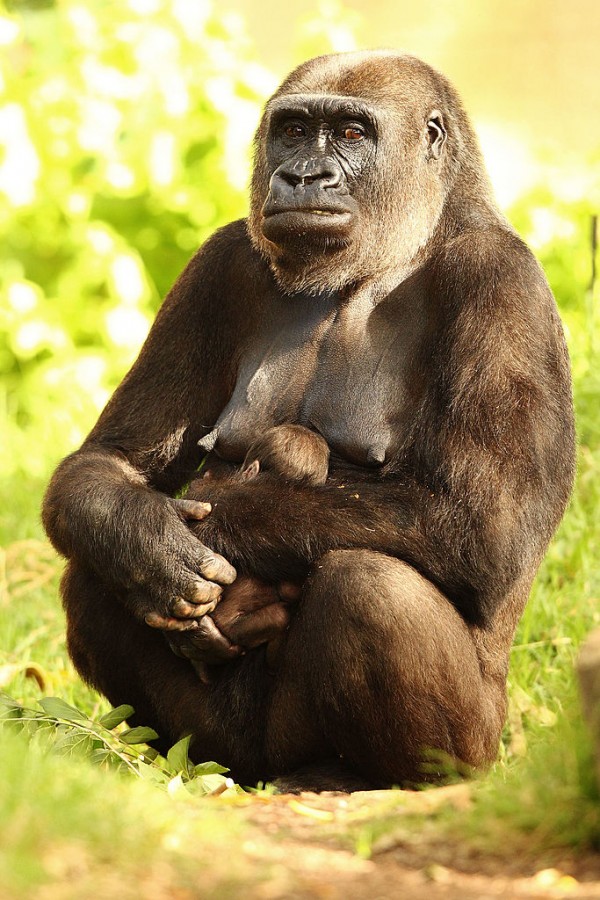 The study was a considerably large undertaking that combined the work of a wide range of wildlife and conservationists across 50 universities. It incorporated volumes upon volumes of data that measured repopulation efforts by wildlife reserves, losses from global warming, and a number of other factors that literally shaped the state of the great ape territories in the next 30 years.

The results were simply troubling. The best case scenario (which assumed significantly reduced carbon emissions and strong regulations against habitat destruction), still put the territorial loss at a large 85% while the worst case reached beyond 90%.

Researchers concluded that the many different great ape species were not simply built for quick adaptation to radically changing environments. These included not only highly endangered gorillas, but also chimpanzees. This is all despite their high intelligence and close biological connections to humans.

None of these apes are known for migrating, or at least migrating to ecosystems drastically different from the ones their species lived in the last million years.

Many nature reserves and conservation authorities often struggle with safeguarding these territories. Their efforts have borne fruit, but not without great demand for clout and manpower. Underhanded dealings that result in continued exploitation of these habitats (ranging from minerals to lumber) are usually blamed for their difficulties.

Ways to save great ape homelands

The silver lining is that this is still a projection, and increasing awareness can still have an impact that would greatly alter the course of this forecast. Here are some ways that these apes can still have a solid chance in the face of global warming.

By definition, the producing resources from these sensitive habitats are unsustainable because they are there for the apes' continued survival. Support companies that strive hard to acquire materials strictly from places where they have zero impact on the surrounding environment, and can continue to produce at a given pace.

Even if reducing carbon emissions will not stop significant habitat loss, they can still pave the way to a future where global temperatures will not make things worse than they have already been forecast. Through technologies like carbon capture, greener energy and environmental restoration, it is still possible to reverse damage that has been done.

Lastly, if the study can bring together some of the best minds to forecast, then it can also bring together stronger networks for conservation. Reserve planners and scientists can still find ways to engineer currently existing territories that will make it easier for great ape families to adapt. Citizen science initiatives could also help monitor the state of their habitats by showing locals how to read and conserve these precious environments.

All in all, the prospect is quite dim. But it also goes to show how far global environmentalism is stepping up to change this course.

Also read: World's Largest Eagle is so Massive, Its Talons are Bigger Than Bear Claws!