A 15-member herd of wandering elephants in Beijing, China garnered international attention over the media. A drone footage had captured a group of elephants which appeared to be resting outside a village in Xiyang township went viral on social media, Monday night.

The herd began moving again on Tuesday morning. The herd of wild Asian elephants were said to have stopped for a rest after a 15-month journey far out of their natural habitat.

According to authorities, the group have trekked more than 300 miles from their home in a wildlife reserve in the highlands of southwest Yunnan province to the outskirts of the provincial capital of Kunming. 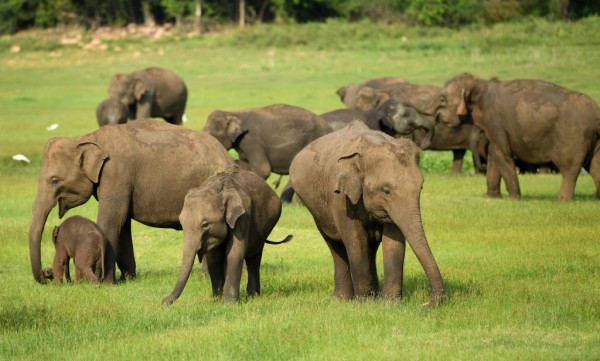 Clips and photos of the elephants have gone trending for days in China's Weibo microblogging service making them instant international stars.

Authorities have alerted residential areas to avoid negative interactions as they monitor the herd of 'wandering elephants'. The provincial command center aims to create conducive conditions for guiding the elephant group to migrate. Authorities had dispatched a taskforce of more than 300 people and over a dozen drones to monitor their movement.

The herd's sudden and mysterious journey

The herd's sudden migration remained a mystery for authorities. According to Nilanga Jayasinghe, manager for Asian species conservation at the World Wildlife Fund, Asian elephants are loyal to their home and only moves out when there have been certain disturbances or lack of resources such as food and water due to agricultural activities and forests converted into plantations in the last few decades.

Upon monitoring the herd's journey, the elephants seemed to find a liking on corn, tropical fruits and other tasteful crops that can be found in lush tropical region.

While no animals or people have been hurt, reports say that they have damaged more than $1 million worth of crops as they raided farms for food and water. Jayasinghe said in an email that the herd of elephants might have been looking for a new habitat and got lost on the way.

Asian elephant is among the Asian continent's largest land mammal. They live in dry to wet tropical forests and grasslands and have adapted to surviving on resources that vary based on the area. They are naturally sociable and forms groups of six to seven.

On the recent event, the herd was originally composed of sixteen elephants. A week later, two left the group to return home, leaving 15 to continue when one baby elephant was born during the walk. Official reports counted six female and three male adults, three juveniles and three calves.

Despite the shrink of the elephants' natural habitats, China made sure that they are given top level protection allowing their number to grow further. The Chinese government have ordered locals to stay inside their homes and avoid scaring off the herd.

At this time, it looks like the herd has gotten back on the right track heading south-west.

Also read: Sea Lions in California Are Dying at Unprecedented Rate From Cancer