Researchers discovered a trove of frozen arrows as climate change melts away an ice patch in Jotunheimen Mountains in Norway. These artifacts have been preserved in ice that has melted and refrozen over the years, with the oldest dating back 6,000 years.

Treasure Trove in a Single Patch

The research team from the Universities of Cambridge, Oslo, and Bergen found 68 arrow shafts at the Langfonne ice patch in the Norwegian mountain. Some of these still have arrowheads attached, as the ice preserved the twine and tar that hold the arrow together.

Aside from the large collection of ancient arrows, the discovery also included a 3,300-year-old shoe from the Bronze Age, scaring sticks used in deer hunting from the Iron Age, and remains of reindeer antlers. They also found fabric that may have been used to package meat.

As published in the Holocene journal, the researchers have been secretly working on the Norwegian mountain slope for years to prevent others from contaminating the site. They were able to find various artifacts spanning more than 5,000 years. The most recent artifacts are from around 1,300 AD. 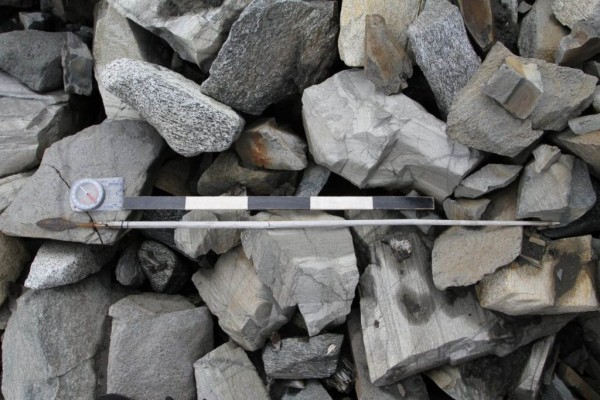 (Photo: Lars Pilø, Secrets of the Ice )
Researchers found 68 arrowheads in Langfonne, one of which is from around 700 AD.

The discovery confirms the interesting hunting practices of ancient people. It also describes the extent of ice at different times.

The arrowheads were made of bone, slate, quartz, iron, or mussel shell. The oldest of them dates back to 4,000 BC. These were found to be in poor condition, probably due to ice movement. Data from ground-penetrating radar (GPR) showed that ice deformation deep in the patch might have broken the brittle arrows.

In 2006, a well-preserved shoe was found by glacier archeologist Reidar Marstein. Radiocarbon dating revealed it to be 3,300 years old or from the Early Bronze Age. This launched an extensive study on the Langfonne area.

READ: Did you Know? Arctic Sea MIGHT Already be Ice-Free by 2024

The Jotunheimen Mountains are located north of the Norwegian capital, Oslo. Over the past two decades, the ice melts in the regions have been drastically affected by global warming, with the Langfonne ice patch retreating by more than 70%.

Researchers previously believed that items would be preserved chronologically and can be used to create a timeline. However, displacement in ice movement, meltwater, and other natural processes are believed to have affected the spatial patterning of artifacts in the site.

There are periods when many reindeer bones but few arrows were found, suggesting that the presence of human hunters was low and reindeer were most likely preyed on by wolverines.

Interestingly, artifacts from 600 to 1,300 AD showed an opposite pattern where there is an abundance of arrow finds but hardly any reindeer materials. This has been attributed to activities in the era when Vikings were raiding coastal communities in Northern Europe. Human hunters probably sold the reindeer fur and antlers from their harvest to other communities.