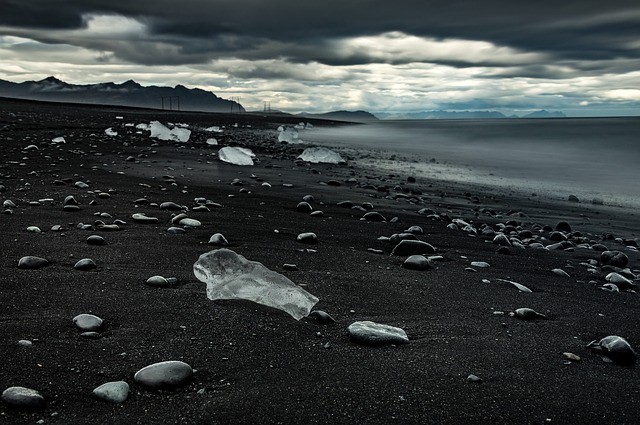 Archaeologists have discovered hundreds of artifacts lying around on an uncovered glacial mountain pass in Lendbreen, Norway. The said pass used to be heavily traversed throughout the Viking age.
(Photo : Pixabay)

According to a new study published by the Cambridge University Press, archaeologists have discovered hundreds of artifacts lying around on melted glacier mountain pass in Lendbreen, Norway. The said pass used to be heavily traversed throughout the Viking age, according to archaeologists.

Due to the rising of global temperatures, ice patches and glaciers in high-elevation areas have recently uncovered several historical finds. The retreating glacier in Lendbreen has revealed a Viking pass beneath it that was used over 1,000 years ago.

The Lendbreen mountain pass in Norway is about 700 meters in length. It is part of the Lomseggen Ridge and situated on a glacier. Its highest point is estimated at 1,990 meters above sea level. Along with the melting attributed to the warming of the globe are a treasure trove of weapons, rare artifacts, and even ancient horse poop, based on a report from the journal Antiquity.

In 2011, the mountain pass in the Scandinavian region was brought to the attention of archaeologists when a receding glacier revealed a 1,600-year-old wool tunic from the late Iron Age, that was well-preserved. Regular surveys conducted by Norwegian archaeologists show new finds, and a spike in glacier melting in 2019 revealed even more Viking possessions that may have been carelessly dropped by Vikings centuries ago.

The ice patch was littered with hundreds of artifacts just lying on the ground in plain sights such as mittens, sleds, ice pegs, shoes, knives, and even horse snowshoes. A survey of the area around the pass also revealed 150 sets of bones and antlers. Researchers also discovered about a hundred human-made stone piles or cairns, and even the foundation of a stone house.

The cairns were purportedly used as navigation points or trail markers for non-locals. On the other hand, antlers and pelts represented trade with outsiders or with items not naturally found within the mountain pass.

The authors of the study also believe that the Lendbreen glacial crossing was a point of convergence for travels within the region from the Iron Age until the Middle Age. Study authors note that exposure of these artifacts from beneath the ice indicates the peak of its usage right about the Viking Age. This era is characterized by increased mobility, growing trade and urbanization, and political centralization.

This Viking glacier pass in Lendbreen is also the first pass of its kind that has been discovered in Northern Europe and Scandinavia. These mountain passes are also considered to have a pivotal role in identifying methods of mobility, intra-regional travel, long-distance journeys, and facilitating transhumance, or the seasonal transfer of livestock from one grazing land to another.

Archaeologist Lars Pilø expressed that the team's fieldwork annually from 2011 to 2015, and again in 2018 and 2019 were very demanding, and often, in extremely harsh conditions. However, a plethora of artifacts and rewarding results from their work have made all the punishing experiences worthwhile. Their discovery of a lost mountain pass is a dream site for glacial archaeologists, according to Pilø.