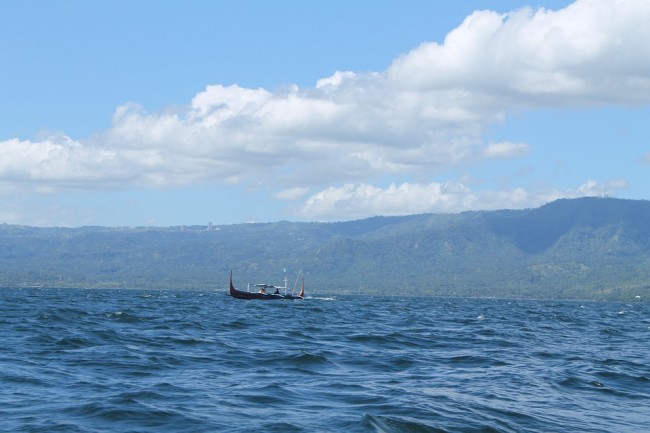 Sufficed by Anatole France when he said, "Until one has loved an animal, a part of one's soul remains unawakened."

Authorities have started to rescue animals trapped in the danger zones upon possible hazardous eruption of Taal Volcano in the Philippines. According to Romelito Marasigan, head of the Batangas Provincial Veterinary Office, they initially focused on the evacuation of animals from the town of Balete.

Some residents of Taal had gone back to the volcano island to rescue their animals, such as horses, cows, and pigs that may have survived the thick ashfall that has now enveloped the entire island.

Two horses trapped on a Philippine island where a volcano has been spewing ash for days were rescued Thursday.

The residents took a motorboat across a lake, defying official warnings to stay out of a danger zone around the Taal Volcano, one of the most active in the Southeast Asian nation, as they tried to reach the animals.

At least 100 live animals on Taal Volcano island were spotted 5 days after the volcano belched a giant ash cloud that reached to Northern Luzon.

According to BGen. Marcelino Teofilo, aerial reconnaissance last Friday spotted about 100 animals, including horses and cattle, still scattered around the island.

Last Sunday, Taal Volcano spewed lava, triggering earthquakes and emitting huge plumes of ash that have spread across the island of Luzon and beyond.

Edsel Paredes arranged a temporary animal shelter in his home to look after the animals.

According to Marasigan, "We are getting help from various animal rights groups, non-government organizations, and private individuals in evacuating these animals."

Authorities said they initiated the evacuation of animals to ensure that residents of the volcano eruption areas, particularly farmers, have something to start with when things return to normal.

Following the eruption, dozens of horses, cattle, and pigs died. The New York Times revealed photos of dead horses and other animals covered in ash.

While about 57,000 people have left their homes in Batangas, usually thronged by tourists, many residents have also drifted back to check on animals and possessions.

Authorities have set up a 14-km (9-mile) exclusion zone around the volcano with the possibility that an eruption could bring a devastating rain of rocks and magma and unleash a tsunami in the surrounding lake.

According to the officials, at least 3,000 horses were living on the island, most earning money for their owners by carrying tourists to the rim of the volcano crater.

Animal owners urging authorities to allow the rescue of as many animals as possible were rebuffed by the coast guard patrolling the lake.

Marasigan said they initiated the evacuation of animals to ensure that residents of the volcano eruption areas, particularly farmers, have something to start with when things return to normal. The animals are the major sources of income for some of the residents.

Unfortunately, the future is uncertain.

More than 70 animals including horses were brought to safety since Wednesday by another group of rescuers, led by a police maritime unit.