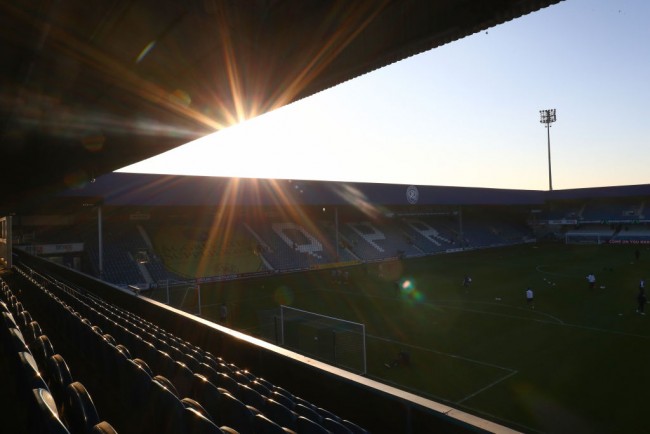 LONDON, ENGLAND - JANUARY 09: General view inside the stadium prior to the FA Cup Third Round match between Queens Park Rangers and Fulham at The Kiyan Prince Foundation Stadium on January 09, 2021 in London, England. The match will be played without fans, behind closed doors as a Covid-19 precaution.
(Photo : Photo by Clive Rose/Getty Images)

Solar events are known to disrupt satellites, power grids, and even television broadcasts and mobile communication, but experts warn that the severity of it will cause an 'Internet Apocalypse'.

A study found that severe or 'Cannibal' solar storms can potentially disrupt internet connectivity and cause long-lasting global internet outages.

A major impact of coronal mass ejections (CMEs) is expected to reach close to earth's magnetic poles, with Europe and North America as the highest risks, compared to Asia and Africa. Although such events do not affect people and their daily lives, it will digitally disconnect the globe for days.

Sun outages are no strangers to Earth. In fact, it happens from time to time without us even knowing. They normally affect everything, from television broadcasts, to stock market transactions, to mobile communications. They are highly presumed which is why broadcasters, carriers, stock exchanges and other entities usually affected by such phenomenon take this into consideration during the hardware deployment stage. They also prevent equipment damage by installing guards to their receiving systems.

On the other hand, solar storms are different from sun outages. They are more severe and causes widespread power outages, even globally. However, cases of solar storms severely affecting earthlings are rare.

One notable event was way back 1989, when the entire province of Quebec, Canada suffered a blackout. It reportedly followed a powerful explosion on the Sun three days earlier.

NASA reported that the explosion was so large, it released the energy of thousands of nuclear bombs exploding at the same time.

The solar phenomenon resulted to short-wave radio interference, jammed radio signals in Europe, and destroyed power grids in Canada and the US.

Over the past week, scientists reported a series of geomagnetic storms that struck Earth as a result of a new solar cycle. This event typically takes place every 11 years and will reach its peak in 2025.

Just recently, scientists predict that 'Cannibal' CMEs will happen over the next four years due to the Sun's extreme activity - a series of coronal mass ejections that involve the emis­sion of electrically charged matter and accompany­ing magnetic field into space.

"That first CME essentially works its way through the 93 million miles and almost clearing a path out for other CMEs to come in behind it," said Bill Murtagh, a program coordinator at the Space Weather Prediction Center (SWPC) of the National Oceanic and Atmospheric Administration (NOAA).

"Sometimes we use the term 'cannibalising' the one ahead."

Murtagh said that this CME could be manageable, although irregularities are already being felt. However, this specific kind of 'cannibalising' CME, according to Murtagh, can be far more severe, placing the entire world into an "internet apocalypse".

"We have determined for all practical purposes that our worst-case scenario for the extreme geomagnetic storm event scenario will indeed be this," Murtagh said.