Meteorologists have issued a warning regarding a potentially disruptive storm that may affect  portions of the central and eastern United States early next week. 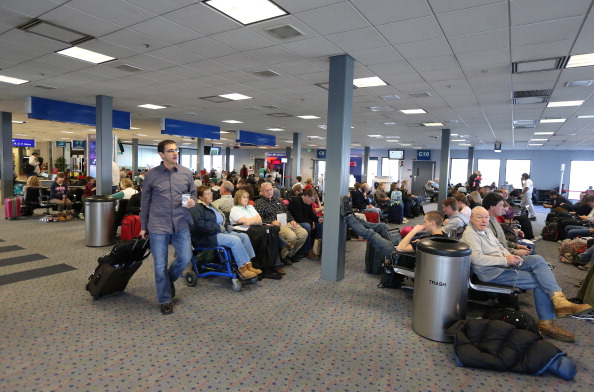 Despite the fact that prediction data are still being worked out, millions of people might face travel difficulties during the Thanksgiving holiday weekend due to the storm.

Chief meteorologist Jon Porter of AccuWeather said the storm coming might be a huge mess and a significant hitch in Christmas travel. He added that thanksgiving travel is likely to almost reach pre-pandemic levels.

According to the National Weather Service, this storm maintains a key weather concern owing to its timing shortly before Thanksgiving.

The storm's path is still up in the air, and certain areas of Minnesota, northern Wisconsin, and northern Michigan might get significant snowfall.

It is possible that lake-effect snow bands and massive storms will move through the region, bringing heavy accumulations from northern Indiana and Michigan to parts of Ohio, West Virginia (including the Pittsburgh area), Pennsylvania (including the Baltimore area), Maryland (including the state of Maryland), and New York State.

Storm to Bring Heavy Rain to Northeast and Mid-Atlantic

Alternatively, analysts believe the storm might take a longer time to develop across the Midwest on Sunday and Monday. First, an Atlantic spinoff storm may develop quickly over the mid-Atlantic coast Monday before moving northward towards the interior Northeast states on Tuesday.

Regardless of the details of the storm, the Northeast and Mid-Atlantic are not predicted to get snow, but it is likely to receive a lot of rain, according to Aol.

AccuWeather's senior long-range meteorologist Paul Pastelok noted that the storm may deliver a lot of rain to the Interstate 95 corridor, adding that flooding on streets and roads might cause substantial travel delays for commuters.

Forecasters have warned that the storm would be accompanied by howling winds, which might impede air traffic at key airports.

According to CNN meteorologist Chad Myers, even after the storm has passed by Wednesday, airlines may still have to cope with major cancellations due to aircraft and crew personnel being in the wrong area, adding that the timing of this storm is terrible.

The I-5 corridor and major airport hubs like Seattle and Portland will face a slow holiday traffic.

Prior to the upcoming Christmas storms, sections of the East Coast will have to deal with fluctuating temperatures this week.

There will be some light rain in the Ohio Valley and Southeast throughout the day, and then the I-95 corridor by Thursday night as a cold front moves eastward.

The big news, though, will be the sudden drop in temperature once the cold front passes.

High temperatures in the same areas will be a solid  20 to 25 degrees cooler by Friday, with highs in the 40s and 50s more characteristic of November.