Communities in western Canada that were forced to abandon their homes due to wildfires and excessive heat last summer are under evacuation orders again as a result of widespread flooding. 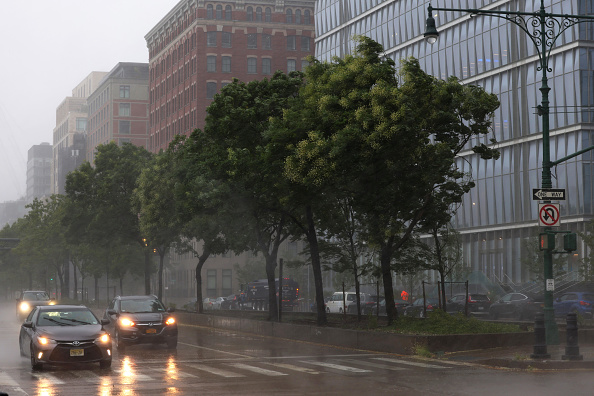 On Monday, helicopters were rushed to Highway 7, roughly 100 kilometers (62 miles) east of Vancouver, to rescue around 275 people, including 50 children because a mudslide late Sunday had closed the route and left them stuck on the road.

During the rescue operation, footage from the scene shows trapped visitors moving toward a yellow emergency aircraft. A landslide that blocked access to the roadway has scattered the surrounding terrain.

As authorities tried to determine the full extent of the devastation, images of fast-moving rivers, mudslides, flooded towns, and wrecked roads spread on social media, people were warned that the situation may worsen as winds picked up during the day.

According to Environment Canada, the city of Hope has received 225 millimetres of rain since the storm started on Saturday, while Agassiz and Chilliwack in the Fraser Valley's eastern region have received 180 millimetres.

Also Read: Mid-Atlantic Cities to Experience Another Round of Coastal Flooding

The city of Merritt issued an evacuation order to all inhabitants when flood waters swamped two bridges and its water treatment facilities, warning that continued occupancy of the neighborhood without sanitary services brings danger of mass sewage back-up and personal health risk.

Since June, the region has been engulfed in a record-breaking "hot dome," with massive wildfires destroying two towns and choking the air for weeks, severe occurrences exacerbated by the climate catastrophe, according to experts.

The National Weather Service in Washington state warned that hurricane-force winds were likely in the area, which has been drenched for over a week. On Monday, a wind gust of 58 mph (93 km/h) was recorded at Seattle's Sea-Tac international airport. 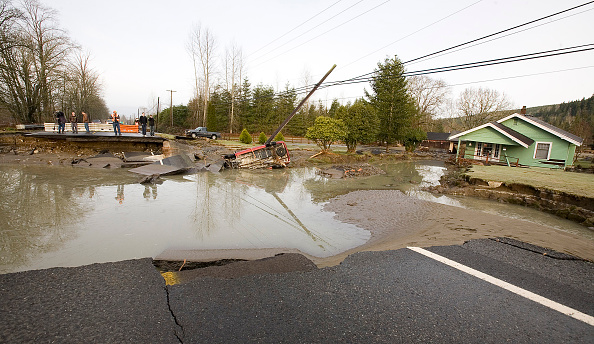 According to the Seattle Times, more than 158,000 customers in western Washington were without power at one time Monday.

In the last several days, parts of the area have received more than 6in (15cm) of rain. According to the Washington Post, less than halfway through the month, Seattle is already experiencing its third wettest November in more than a century, with rainfall records certain to be surpassed.

In the town of Hamilton, approximately 80 miles (129 kilometers) northeast of Seattle, a state of emergency was decleared over the weekend, and people were asked to leave as quickly as possible, according to the Skagit Valley Herald.

People in the communities of Sedro-Woolley, Burlington, and Mount Vernon were advised to anticipate flooding as the water moved down the Skagit River.

Officials in Sumas, Washington, just south of the Canadian border, reported city hall was inundated and that the flooding was the worst in decades.

People are scared, according to Nicole Postma, who runs a coffee shop in Sumas and is the president of the Sumas Chamber of Commerce, who spoke to the Bellingham Herald on Monday.

She said: "We knew that the flood was imminent, but had no idea it would be like this."

Related Article: Pacific Storm Train Delivers Another Round of Rain and Snow to California