As the nation's growing efforts to battle climate change, US and 19 other countries including UK, and Canada announced at United Nations climate talks on Thursday their agreement to stop funding fossil fuel developments abroad.

However, this shift needs to be laid out in details, adding more countries and financial aids to hop on board the fight against global warming. The group of countries was also joined by smaller players like Mali and Costa Rica, while four other investment institutions signed on the $15 billion annual funding from fossil fuels to clean energy projects.

A report from International Energy Agency says that best possible way to keep warming under 1.5 degrees Celsius (2.7 degrees Fahrenheit), a level outlined in the Paris Agreement, is to quit dirty fuel productions or developing new infrastructures by next year.

According to the report, this year is "a critical year at the start of a critical decade for these efforts." 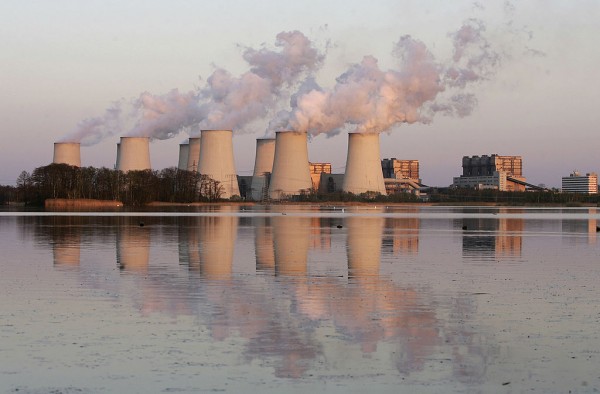 (Photo : Photo by Sean Gallup/Getty Images)
COTTBUS, GERMANY - APRIL 12: Exhaust plumes from cooling towers at the Jaenschwalde lignite coal-fired power station, which is owned by Vatenfall, April 12, 2007 at Jaenschwalde, Germany. Germany is planning the construction of 40 new coal-fired power plants, though officials claim the plants are based on technology that radically increases their efficiency. The Jaenschwalde power plant, built by the former East German government in the 1980s, emits 25 million tons of CO2 annually and is among the biggest single producers of CO2 emissions in Europe.


"The signatories of today's statement are doing what's most logical in a climate emergency: stop adding fuel to the fire and shift dirty finance to climate action," said Laurie van der Burg, the global public finance campaigns co-manager at Oil Change International, in an email.

"Given how important public finance is for de-risking and crowding in private capital for fossil fuel projects, especially in emerging markets, it's quite a big deal," Justin Guay, the director for global climate strategy at the Sunrise Project, noted.

The effort to address fossil fuel extraction discussed at COP26 includes phasing out mining coal and methane emissions from oil and gas wells.

The agreement notes that funding from extraction projects already in the pipeline will not be withdrawn. However, major oil and gas producers from home country may not commit to the pledge. These fossil fuel funders include Japan, Korea, and China, the biggest fossil fuel backers in the G20 - accounting more than $29 billion in annual fossil fuel development abroad.

It is still quite unclear how the pledge will be exercised, or how fossil fuel funding can be ended, considering that the world's private investment firms have not yet committed. In addition, while firms commit to align investments with net zero, funding for a more climate-focused investment is 'smaller than it seems.'

"We've seen this act before," Rachel Rose Jackson, the director of climate research and policy at Corporate Accountability, said in an emailed statement.

"Corporations and financial enablers that knowingly fueled the climate crisis make big promises and pledge big numbers. Then they fail to deliver, while causing tremendous harm. It's impossible to take seriously any pledge from the financiers of the climate crisis. These actors need to tell us exactly how their pledges are going to keep temperature rise to below 1.5º Celsius."

Hopefully, countries put more effort to their climate pledges and not a mere distraction to what's really going on.