Because of its wing-like shadow appearance, the young star HBC 672 is known as Bat Shadow. For the first time, the NASA/ESA Hubble Space Telescope has discovered a strange "flapping" motion in the shadow of the star's disc. The star is located in the Serpens Nebula, a stellar nursery around 1300 light-years distant. 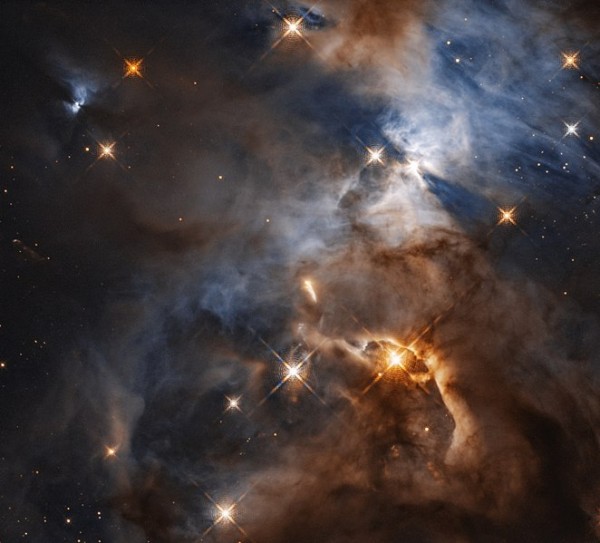 In 2018, the Hubble Space Telescope obtained a stunning image of the young star's unseen planet-forming disc. Like a fly straying into the beam of a flashlight shining on a wall, this disc casts a massive shadow on a more distant cloud in a star-forming area.

The "flapping" of the Bat Shadow has now been discovered by chance by astronomers. A planet pushing on the disc and distorting it might have created this. "You have a star encircled by a disc, but the disc is not flat like Saturn's rings are. It's all puffy. As a result, the light from the star may go straight up if it goes straight up - it isn't impeded by anything."

"However, if it attempts to move down the plane of the disc, it doesn't get out and casts a shadow," said lead author Klaus Pontoppidan, an astronomer at the Space Telescope Science Institute (STScI) in Baltimore, who led the team that published these findings.

This "flapping" discovery was also unexpected. Pontoppidan and his colleagues studied the shadow in numerous filters for 13 months. The shadow looked to move when they blended the old and new photographs.

Vastness of the Shadow

Because the shadow is so vast - around 200 times the diameter of our Solar System - light does not travel across it instantly. In actuality, the light travels from the star to the best-defined boundary of the shadow in around 45 days.

Pontoppidan and his colleagues estimate that a planet bending the disc would take 180 days to circle its star. According to their calculations, it would be around the same distance from its star as Earth is from the Sun.

Pontoppidan's team also thinks the disc should be flared, like a trumpet, with an angle that rises with distance. The "flapping" of the shadow might be explained by the form of the shadow, which has two peaks and two valleys.

A planet embedded in the disc, inclined to the disc's plane, is also a possibility, according to the study. A lower-mass star partner circling HBC 672 outside the disc plane is a less plausible explanation if it isn't a planet.

Based on the thickness of the disc, Pontoppidan and his team doubt this is the case. There is likewise no evidence for a binary partner at this time.

Even Hubble couldn't detect the disc, a rotating formation of gas, dust, and rock that is too tiny and far away to be observed. Scientists do know, however, that the height-to-radius ratio of the projected shadow is 1:5.