A TikToker managed to film an incredible moment when a digger lifted the "world's biggest snake" out of the rainforest in Dominica, leaving viewers in shock. 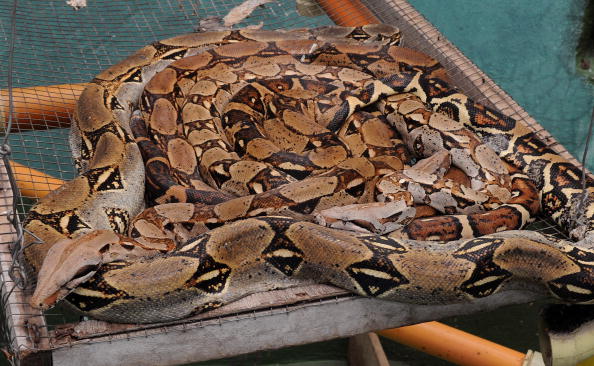 The snake, which is at least 10 feet long, is raised in the claws of the digger at a height, but is still nearly able to touch the ground, according to the clip.

The snake was still alive when it was brought out, as it could be seen moving around in the claw (perhaps wondering what's going on).

Of course, the creature's enormous size astounded one eyewitness who couldn't believe what was happening in front of his eyes and said, "My mother, what?"

It appears that workers uncovered this significant discovery while clearing a section of Dominica's jungle. The video rapidly went viral after TikToker @fakrulazwa uploaded it, and it now has about 81.5 million views which might increase.

The digger pulling up the snake is shown from another perspective in a follow-up video, and the clip then switches to rescuers fighting to get the gigantic beast into the boot of a car.

With a giant snake as a travel mate, it can be guessed that it won't be a vehicle trip most people would want to take.

Due to the snake's sheer size, it takes three guys to attempt to move it, and it looks like they were having trouble getting all of the snake in there correctly.

What Could be the Species of the Snake?

The snake's precise species is not mentioned in the video, although the dangerous boa constrictor is found in the Caribbean Islands.

This makes sense because this species may grow up to 13 feet long, matching the size of the snake discovered.

According to the Natural History Museum, the world's biggest snakes belong to the same family as the python and boa. The largest family varies depending on whether these reptiles are measured by weight or length.

The boa constrictor (Malayopython reticulatus) is the world's longest snake, reaching lengths of over 6.25 meters on a regular basis. 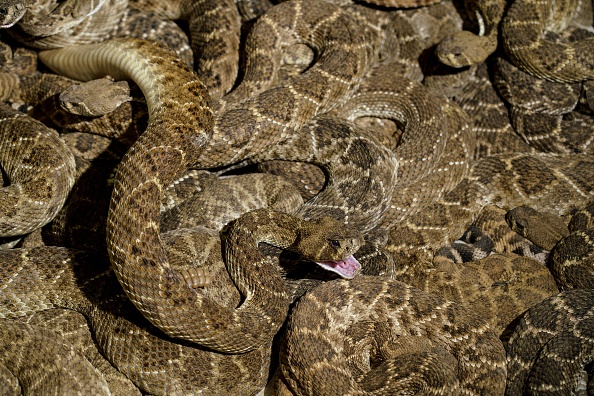 Reactions From the Public

People expressed their surprise at the snake's size in the comments section of this TikTok video as well as on Reddit, with some speculating that it is the world's largest snake.

Another user said, "That looks like some world record s**t."

"I can confirm that Dominica has big snakes," someone else said. I went to school there, and on my way to the airport, the car I was in came across a snake in the middle of the road that extended out to fill the full width of the road. It was the longest snake I had ever seen."

A fourth user inquired if there are snakes that huge and was reluctant to believe snakes could reach such lengths.