Super Sandstorm Reoccurred in North China After 10 Years. What Could be the Reason For This?

There has recently been a recurrence of sandstorms in North China after more than a decade without this event. The sandstorms impacted a region of nearly 3.8 million square kilometers between March 14-17.

The concentration of PM10 in Beijing topped 7000 g/m3 and the visibility was just a few hundred meters, threatening human health, ecological civilization and transportation. 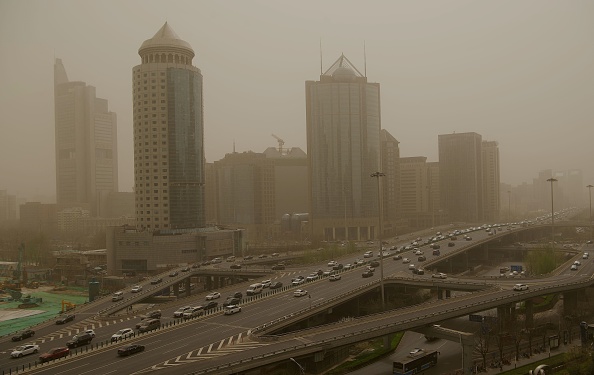 A team led by Prof. Huijun Wang - Nanjing University of Information Science and Technology - discovered that in the dust source area (around Mongolia), the surface air temperature (SAT) and underground soil temperatures were consistently lower (lowest since 1979).

This decrease in temperature was observed during early winter, but consistently higher (highest since 1979) during late winter. The colder temperatures resulted in deeper permafrost. It was followed by intense warming which prompted thawing and loosening of land surface. Winter precipitation, on the other hand, was the second lowest in the last decade.

Furthermore, the level of surface vegetation covering has dropped to its lowest level since 1979. When high winds blow, dust particles rise with the wind, causing a dust or sandstorm.

Reduced Barents and Kara sea ice in November and December would raise the local geopotential height and Ural blocking high. It would allow abnormal northerlies to deliver cold air mass to Mongolia in early winter.

The positive irregularities in sea ice in January and February, on the other hand, caused a cold air mass to be restricted over the West Siberian Plain. The cold air reaches the East European Plain, resulting in a warmer land surface in Mongolia.

The other two external driving variables were discovered to be the La Nia event (cooler east tropical Pacific) and positive sea surface temperature irregularities in the northwest Atlantic. The East Asian winter flood would intensify after the La Niña event, and the water vapor flow would readily diverge over Mongolia, bringing about lower precipitation. 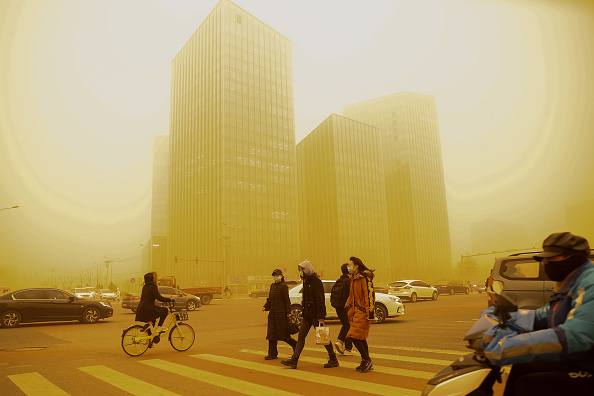 In conclusion, the reversal of sea ice irregularities, the La Nia event, and the warmer Northwest Atlantic all contributed to Mongolia's loose and dry surface(i.e...enough dust source).

Furthermore, on 14-15 March 2021, the strongest Mongolian cyclone in the last decade formed and developed as well. The surface winds (25 m s-1) were drastically increased by the descending movements.

It is accompanied by downward passage of westerly momentum. It shook and blew the dry and loose ground surface. The sand particles were then carried into the troposphere by the rising movements in advance of the storm.

Cold advection delivered enormous volumes of dust particles to North China as the Mongolian cyclone moved and developed. The tropospheric westerly momentums were transmitted downward to the surface at 09:00 on March 15, resulting in significant gusts (15 m s-1), prompting a severe sandstorm in North China.

Related Article: At Least 6 Dead as Brazil Suffers From Powerful Sandstorms Due to Severe Drought