For the First Time in 150 Years, Scientists Catch Photograph of Rare Owl Lurking in the Wild

A giant owl that remained unseen in the rainforests for over 150 years now was recently rediscovered, thanks to British scientists working in Ghana. 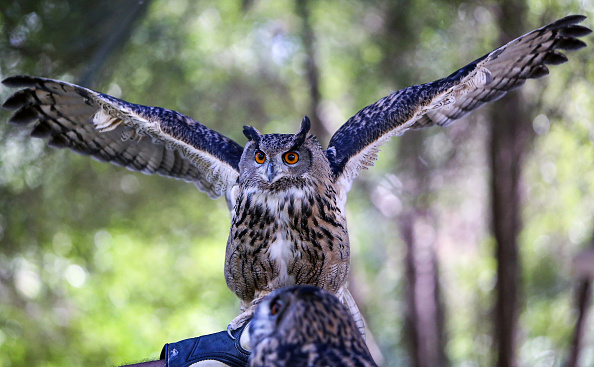 Dr. Joseph Tobias who works in the Department of Life and Sciences at Imperial College, London spotted the owl. He made this discovery while working as a head of a UK-government-sponsored field project of experimenting the biological effect of agricultural development in Africa along with a colleague, Dr. Robert Williams, a naturalist from Somerset.

Richard Bowdler Sharpe, director of the bird collection at the Natural History Museum in London and founder of the British Ornithologists' Club, initially described the species in 1872 from a specimen gotten from a local hunter in Ghana.

Ever since the 1870s, there have been no single reported sightings from Ghana, just a few glances elsewhere. The only photos available were unclear shots taken in 1975 of a captive specimen behind bars at Antwerp Zoo and a pixelated blob from Congo in 2005 that is not guaranteed to be the correct species.

Unlike in Ghana, different locations across West Africa, Liberia to Angola, and Central Africa have reported seeing Shelley's Eagle Owl but the majority of these claims are unverified, and the species has become a holy grail for birdwatchers in Africa and far beyond.

Also Read: Methane Gas Flares Scorch Owls and Hawks at Waste Landfills in the US

The story wasn't the same on 16 October 2021. Dr. Tobias and his colleague Dr. Williams when visiting Atewa Forest in Ghana made a very huge bird uncomfortable. At first, the two scientists believed the bird to be an eagle. After observing the bird with the aid of a binocular, their jaws dropped. There is no bigger owl than that in Africa's rainforest, Dr. Tobias said.

The pair just sighted the bird sitting for 10-15 seconds, but during that time they were able to get  photos that confirmed the identification, thanks to its unusual black eyes, yellow beak, and enormous size, which together rule out all other African forest owls.

The fact that a predator that is very big in size had virtually vanished in a vast area of Africa sparked debate regarding its present whereabouts and the reasons for its seeming rarity.

According to Dr. Nathaniel Annorbah of Ghana's University of Environment and Sustainable Development, "This is a sensational discovery. We've been searching for this mysterious bird for years in the western lowlands, so to find it here in ridgetop forests of Eastern Region is a huge surprise." 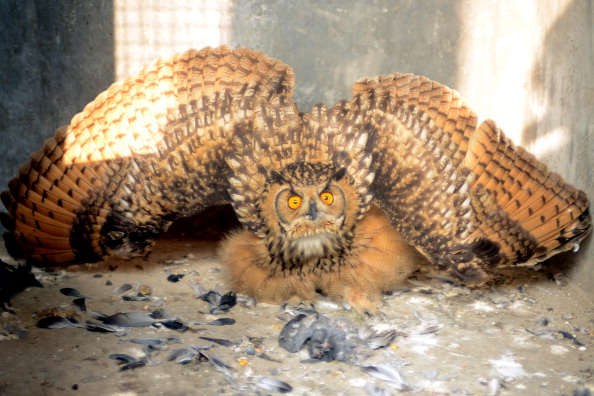 Hope For the Future

Scientists estimate the total number of Shelley's Eagle Owls remaining to be a few thousand individuals. This species of bird is highly classified as vulnerable. But with the discovery in Ghana, it gradually changed scientists' expectations.

Although unauthorized cutting down of trees and aluminum mining threaten the Atewa site, higher altitudes still maintain significant amounts of evergreen forest. Friends of Atewa, an environmental group, is pushing for the region to be declared a national park.

"We hope this sighting draws attention to Atewa forest and its importance for conserving local biodiversity. Hopefully, the discovery of such a rare and magnificent owl will boost these efforts to save one of the last wild forests in Ghana," Dr. Williams said.

Related Article: The World's Biggest Owls Are Now Endangered: Is it too late to save them?