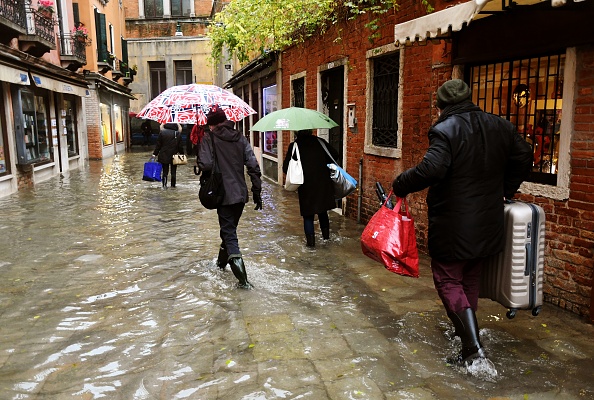 This summer's frequent flooding of brackish lagoon water into St. Mark's Basilica serves as a gentle warning that the problem is still present.

The destiny of seaside areas like Venice will be the concerns of climatologists and world leaders convening in Glasgow, Scotland for a United Nations climate summit on October 31.

Per new research provided by the European Geosciences Union, the city's worst-case scenario for sea level rise by the end of the century is a frightening 120 centimeters (3 feet, 11 inches).

The city's combination of waterways and buildings, surrounding ecosystems and human innovation has also won it UNESCO World Heritage status for its remarkable universal value, a title that has recently been threatened by tourism impacts and ships traffic.

Also Read: Flooding Concerns on the Rise in Southeast as Tropical Rainfall Intensifies

St. Mark's Basilica, which is at Venice's lowest point, provides a unique vantage point for monitoring the city's response to increasing sea levels.

Water enters through the narthex into the church at 88 centimeters (34.5 inches), which has been reinforced up from a previous 65 millimeters, and floods the piazza outside at 80 centimeters.

"Ever since flooding in November 2019, the situation has only worsened. As a result, we can be confident that flooding will not be an uncommon occurrence in these months. It happens on a regular basis" said Tesserin. Tesserin is the First Procurator of St. Mark's, a title he has held since the ninth century.

Floods of more than 140 cm (4 feet, 7 inches) are also becoming more common. Since 1872, when Venice started maintaining such statistics, that milestone has been broken 25 times. Two-thirds of those were recorded in the last 20 years, with five, or one-fifth of the total, occurring between November 12 and December 23, 2019. 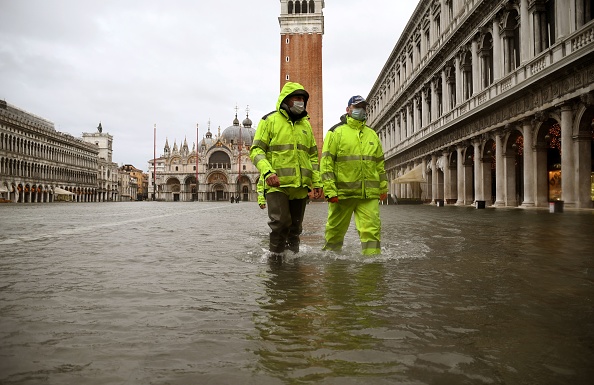 "For Venetians, who have always lived with floods, what is happening today is on the continuum," said Jane Da Mosto, executive director of We Are Here Venice.

The Moses system of adjustable water barriers has been tasked with the protection of Venice, a project estimated to cost over 6 billion euros (almost $7 billion). The system is formally recognized in the trial phase after decades of cost overruns, delays, and a bribery scandal.

Following the destruction caused by the 2019 floods, the Rome administration placed the project under ministry authority in order to expedite its completion, and began deploying the barriers last year when floods of 1.3 meters (4 feet, 3 inches) were expected.

Since October 2020, the barriers have been raised 20 times, saving the city from major flooding but not from lower-level tides, which are growing more common.