People’s Perspective on Environmental Conservation May be Linked to Genes

If you are one among only a fraction of the society that is strongly concerned about global extinction crisis, you must have had it in you, literally.

Scientists found in new study that developing a sense of environmentalism is in the genes, and identical twins can attest to this.

When researchers found that identical twins have more similar views on environmental conservation than non-identical twins, they suggest that people's genetics contribute greatly to 'support for green policies' on committing to sustainability and environmental management. 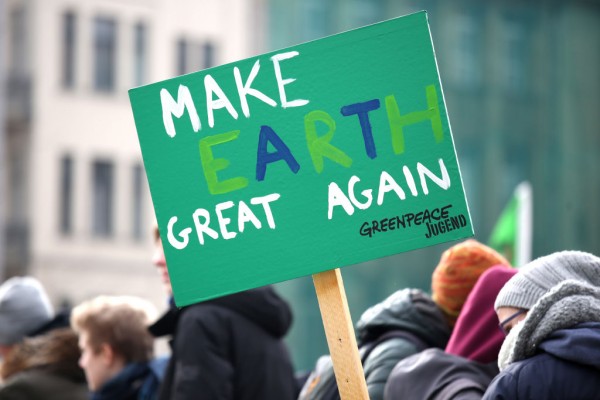 "The goal is to understand why people are different, and such differences come from the combination of genes and environments," said lead author Chia-chen Chang, also a research fellow at the National University of Singapore.

"Considering genetic components provides us with a more holistic answer to this question, but genetic results are just about probability, not determinism."

The team uses data of over a thousand twins from UK's largest twin database, asking about their concern for nature, environmental activism and how environmental-friendliness.

A link between people's genetics and their environmental behavior

"I initially didn't expect to detect moderate heritability of these traits," said Chang, while 50% of the trait can still be explained from the person's social environment.

"Heritability suggests there are genetic components. But heritability estimates are influenced by both genetics and environments," Chang noted. "Our environmental behavior is probably more complicated than we think."

"Understanding the sources of variance for such attitudes and behaviors is arguably a critical step toward the resolution of the environmental crisis," the authors wrote.

Genetic influence on concern for nature is suggested by evolutionary studies in altruistic and cooperative behavior, although it remains unexplored. This is because the relationship between genetic components and a 'pro-environment' behavior delves into a deeper biological basis with regards to other factors such as personality, cognition, or emotion. It is unsafe to say that environmental, social, and psychological aspects are not responsible as well.

Also read: Waterspouts: What You Need to Know About the Shifting Weather Patterns Over Great Lakes

At least that is what a professor in social science genetics believes.

Felix Tropf of Center for Research in Economics and Statistics, who was not involved in the study, shared his point of view regarding the study, saying it is "not extremely useful for the issue."

"It might motivate further research that at some point might be very useful," Tropf said. However, the study merely provides that "genetically identical twins are more similar than non-genetically identical twins in their attitudes toward climate change." It lacks other factors would be expected to have an impact on the results, like how frequently the twins in the study is exposed to nature.

"There is no one gene that makes you closer to nature or anything like that at all," said Tropf.

After all, climate change is more than just an issue solved with individual concern. It is "a structural problem, a systemic problem and a political problem."