An actual picture of a pinkish yet transparent 'alien-like' species went viral online, particularly on Facebook, causing many perplexed.

Although most commenters believe it's a jellyfish, several believe it's from another galaxy. The pinkish and transparent blob-like organism was photographed at Urangan Shoreline in Hervey Coast, Queensland, Australia. 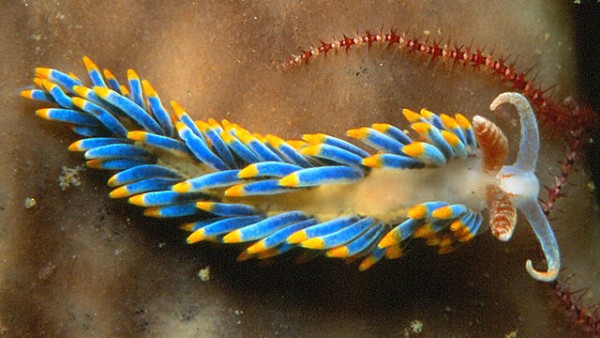 An inquisitive witness released the photograph of the odd alien-like thing coated in sand-lumps on Facebook, inquiring for assistance in recognizing the organism. He inquired if it was a "dangerous stonefish."

So far, nobody has managed to recognize the specie. While numerous people assume that the organism is a jellyfish, while the others are convinced it is a sea slug.

Several users also reacted on the witnesses' blog, claiming that the pink alien-like blob specie is ambergris, a unique and exquisite element used in creation of fragrance.

"If that's ambergris, it cost a fortune," a user said. "I assume it's tougher than it seems, but it's definitely valuable researching."

Countless people, nevertheless, responded to the statement, claiming that ambergris is a tough amber-like material valued up to £18 per gram and that the glob appears to be a jelly-like material.

Various People on social media speculated that the pinkish and transparent alien-like thing may be a piece of a whale or shark's body after viewing it.

Also read: Vietnamese Dog Owners Devastated After Having 12 of Their Dogs Killed Over COVID

According to National Geography, the alien-like specie is a nudibranch, which is a jelly-bodied associate of the sea slug species which lives now at ocean waters depths.

Nudibranch, also called sea slug, are a group of shell-less marine molluscs that can be vibrantly coloured. Nudibranchs occur in the shallow waters of all the world's oceans, where they feed chiefly on other invertebrates, particularly sea anemones.

"As Experts are still trying to figure out what animal it is. An Approximately 2,000 species of nudibranchs have been identified this far, with additional kinds being uncovered practically in daily basis," National Geography officials added.

The Australian Museum specialists, on the other hand, are ecstatic to have discovered a nudibranch which has ventured to Queensland.

The pink and translucent blob monster has been recognized by the institution as 'Melibe Japonica,' that's a rare occurrence in Japan.

Melibe japonica is characterized as having a "transparent yellowish white hue with a pronounced crimson hue in places."

On his interview with Yahoo Mail, Matt Nimbs, a researcher associates from the School of Environment Science and Engineering said that a comparable species was discovered on another Australian coastline.

"Amusingly, one of these was spotted in Bermagui as well. With all these creatures, that's two in a brief amount of moment followed by none for ages, if not decades "He told the news site.

This is the second pink and translucent blob monster to be discovered in Australia in less than one year. An identical species has previously been observed by people on the beach in Bermagui.