A bull elk who have had a car tire situation has finally liberated itself after being stuck for over two years. That's a long time having to carry a heavy thing around, much more on your neck. How it had gotten there is indeed a benefit of the doubt.

The 4.5-year-old bull was first sighted in Colorado by Wildlife Officer Jared Lamb during a 2019 wildlife survey in Mount Evans Wilderness. There had been four attempts to capture the 600-pound bull since then in the Pleasant Park area of Conifer, but to no avail.

Finally, on Saturday, October 9, the Colorado Parks and Wildlife officers was able to successfully remove the rubber tire, after some shots of tranquilizer dart to bring the animal down for some time. The officers had to cut off the bull's antlers to slide off the tire.

"It was tight removing it [the tire]," Scott Murdoch, says a wildlife officer at CPW who helped in the operation. "It was not easy for sure."

Freed of the Obstacle 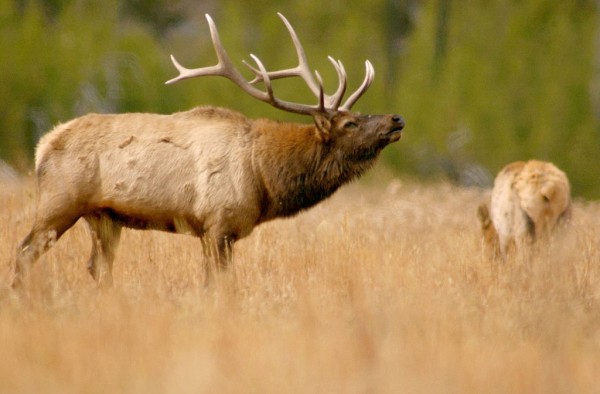 Wildlife officers Dawson Swanson and Scott Murdoch had to cut the antlers off the bull elk in order to get the tire over its head. Why not just cut the tire, right?

The officers said the steel band inside the tire made it difficult to cut through it. Fortunately, the elk was back on his feet just minutes after the rescue and was in stable health.

"We would have preferred to cut the tire and leave the antlers for his rutting activity, but the situation was dynamic and we had to just get the tire off in any way possible."

To the officer's surprise, the condition of its neck after having that tire on it for over two years was not as bad as it seems.

"The hair was rubbed off a little bit, there was one small open wound maybe the size of a nickel or quarter, but other than that it looked really good," Murdoch said. "I was actually quite shocked to see how good it looked."

Somehow, seeing an elk with a car tire as bling on a random day is intriguing, but not totally surprising given the variety of human-made activities.

In the elk's case, it could be that he had gotten the tire around its antlers either when it was very young, pre-antlers time, or during the winter when it shed its antlers.

Wildlife officers have also observed that the animals like putting their heads in things and could have encountered a big stack of tires. Either way, CPW recommends seeing any similar entanglements should be reported right away.