Florida is the unlucky host to a lot of invasive living creatures, from lionfish to Burmese pythons. But last week, officials let the public know that they had succeeded in getting rid of a particularly slimy invader - the frightening giant African land snail - from the state. 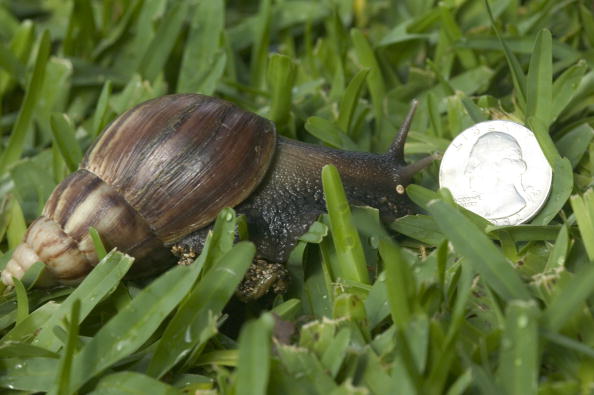 The surprising thing is that giant African land snails (Lissachatina fulica) had once invaded Florida and this means that it is now the second time the annoying pests have been eliminated from the state. And this time, the cost of the effort is $24 million, requiring 10 years of work, The Miami Herald reported.

At a news conference that took place on Wednesday being the 6th of October, the director of the Florida Department of Agriculture and Consumer Services (FDACS) Division of Plant Industry, Trevor Smith, said: "There's still only one place on Earth where the giant African snail has been eradicated. It's right here, and now we've done it twice."

Florida Agriculture Commissioner Nikki Fried said, "This truly is an exciting day for our state and for our country," as per The South Florida Sun-Sentinel.

Why is there happiness all over? Giant African land snails are capable of growing to become 8 inches (20.3 centimeters) long. And when these creatures don't consume sufficient calcium from the soil, they start chewing through the stucco on buildings, The Herald reported.

The snails not only present a threat to houses but to Florida's agriculture industry as well, since they frequently consume a lot of fruits and vegetables. They release a trail of smelly, stringy feces in the wake of their destruction.

Some believe the giant snails are capable of giving both people and their pets meningitis, but that's generally true of all snails, this was reported by Gizmodo in 2014. A parasite referred to as Angiostrongylus cantonensis can get into the body of snails from the feces of rats if they consume it.

And then if a dog should consume that snail in the back of a house, or a human consumes some snail meat merged to a dirty lettuce leaf, at times the parasite can find its way to the membranes of the brain and spinal cord, causing an infection and swelling. 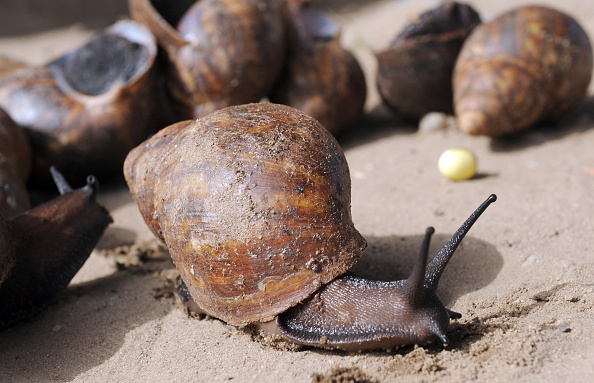 Fortunately, antibiotics can be used to treat the condition, but the fact that antibiotics can help in the treatment doesn't make the thought of mistakingly swallowing the flesh of a giant snail any less gross.

Giant Snails are far bigger than the common snails seen on land. They feed on so many different things.

The advantage that snails have over fish is that there aren't many predators for them to deal with because of their shell; this gives them a potentially high survival rate.

It is found worldwide in warm seas, but is particularly common in the subtropical and tropical oceans of the western Atlantic Ocean and the Indian Ocean.