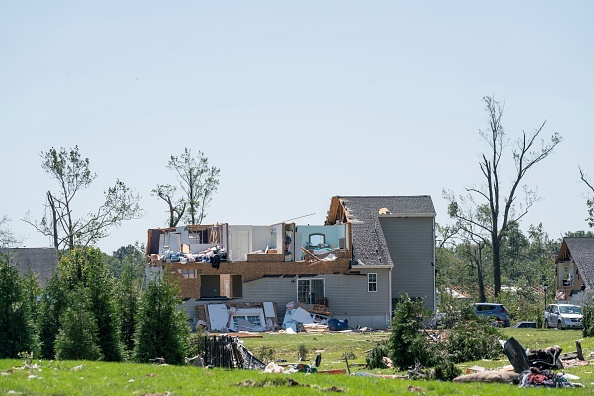 Around 10:45 p.m. CDT, one of the expected tornadoes touched down Coweta, about 23 miles southeast of Tulsa. The storm impacted the high school, a number of homes nearby, and a gas station, as per KJRH.

Coweta Police Chief Mike Bell revealed to KTUL that the tornado also damaged a nursing home, but no injury was recorded. Bell said later Monday he was sending a drone up so that a better sense of the general damage will be gotten.

It was reported that lightning struck a house and firefighters were making effort to control the fire, KOTV reported. There were no in-person and virtual classes Monday in Coweta Public Schools, KJRH reported.

In a Facebook post, the city of Coweta said that the event affected power lines in several regions. The Tulsa State Fair closed on time on its final day of operation because of the storms, KOTV reported.

Potent winds were responsible for the falling of a large tree on two cars that blocked a road in Tulsa, as per KOTV. Following the removal of the tree, the road reopened. In the Oklahoma City region, possible tornadoes were reported.

At 7:48 p.m. CDT, the city made a tweet that tornado sirens were going off in the southern part of Oklahoma City. The storms prompted disastrous hail to Norman, about 20 miles south of Oklahoma City.

About a dozen vehicles at a mechanic's shop were destroyed, even one which the uncommon window was shattered, KOCO reported. A worker at R&J Complete Auto Care, Jeff Nicks, told the station one of the vehicles resembled a "cannonball shot through" its window, saying the hail "sounded like a war going off."

Footage from Anadarko which is about 46 miles southwest of Oklahoma City, displayed a building that had fallen in a possible tornado. City crews were busy throughout the night clearing debris from streets, KFOR reported. 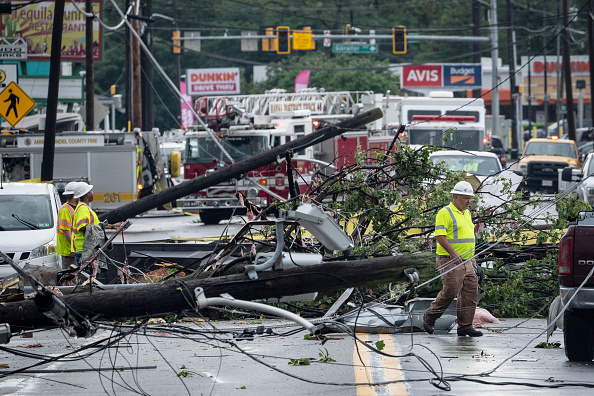 As of 10 p.m. Sunday, over 11,000 customers were living with no electricity across the state, KFOR reported. There were no recorded deaths or injuries.

The system that generated the storms in Oklahoma also brought torrential rain, wind, and lightning to portions of Kansas, Missouri, Arkansas, and Texas.

The term "tornadoes" has been used in the media for many years. Even though it is not a new word, it has found its way into common usage. Tornadoes are dangerous because they generate winds strong enough to advance trees and other structures.

Tornadoes are unpredictable events. This is because they are made up of the interaction of many different types of atmospheric phenomena, such as storms, hail and tornadoes.