The Great Pacific garbage patch is a large accumulation of trash with an estimated 1.8 trillion pieces of plastic debris. It measures twice the size of Texas and is considered the world's largest zone of ocean waste.

As might be expected, the area has been considered an uncleanable dead zone for a while, but help is on its way, as heading towards this location is the firm's latest system - System 002.

Expedition of the Giant Pacman 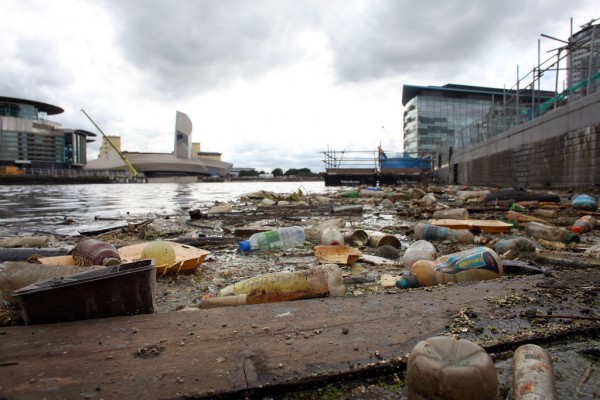 The snake-like tubular machine consists of a 600-meter-long (2000 ft) U-shaped floating barrier with a three-meter (10 ft) skirt attached below, propelled by both wind and waves in order to autonomously capture wastes across its path.

"Due to its shape, the debris will be funneled to the center of the system. Moving slightly faster than the plastic, the system will act like a giant Pac-Man, skimming the surface of the ocean," according to the organization.

Two years later of System 001's launch, the company's advancements include deployment of its new vessels. The Ocean Cleanup announced on LinkedIn that the final test of System 002 has been completed and the Great Pacific Garbage Patch can now be cleaned.

"The crew is already sorting the catch, and lots of information is still to be processed. Stay tuned!" they posted.

Both System 001 and System 002 uses large floating tubes of durable plastic to catch the plastic waste while it swims by, collecting garbage with the intent to recycle. It is also designed to avoid harming marine life using a strong nylon screen attached underneath. A world free of major waste problem that once seemed impossible to see is now becoming a reality.

After years of planning, the non-profit organization develops its ambitious ocean plastic waste clear-up project, tackling waste pollution closer to its source: rivers that carry waste to the ocean.

Moving forward, the organization began increasing the production of their new vessels, deploying them in a thousand of the world's most heavily polluted rivers, a "truly revolutionary unique system that is ideal for ridding the oceans of hard-to-grasp floating plastic."

These new vessels called 'Interceptors', once deployed, are anchored to the riverbed, so they can guide plastic waste into an opening at the front of the vessel through a long floating boom, and then a conveyor belt moves wastes into bins.

There are also sensors aboard the vessel to alert operators when the bins need to be emptied. These captured plastic wastes are then taken to local facilities for processing.

The project is always looking forward for global expansion. The Ocean Cleanup CEO, Boyan Slat said it is a "necessary step for us to tackle the global flow of plastic pollution to our oceans at scale."