Climate Change to be Blamed for 'Supercharging' Heat Waves Across California

Climatologists foresee a more dreadful heat extremes over the next few decades as the planet continues to warm, and regions across Southern California are not exempted.

A combined mass of humid air and warm ocean water just off the northern coast of Baja California could wreak havoc on heavily populated regions such as Los Angeles County, as the ridge of high pressure moves in from southeast.

Environmentalists say that they see a "major shortcoming in the state's efforts" to adapt to the warming climate. 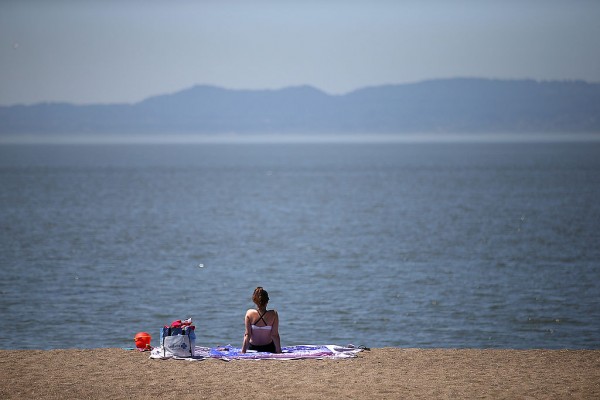 (Photo : Photo by Justin Sullivan/Getty Images)
ALAMEDA, CA - MAY 14: A sunbather sits on the beach at Alameda Beach on May 14, 2014 in Alameda, California.

There's never an ample time to bounce back from the global heat crisis, but experts believe there's still time to cut off buildup of greenhouse gases that is warming the planet.

Scientists predict that the 2006 record-breaking California heat wave, where hospitals were overwhelmed with heat-related illnesses and deaths reached around 650, is now occurring every 10 years. Typically, this type of disaster happens once every 50 years.

The state of California is expected to experience extreme temperatures exceeding the 98th percentile, and four times more frequently in the next 20 years - an event of extreme heat days.

To study this shift, Hully ranked California heat waves from 1950-2020 and found that all of the state's worst heat waves have happened since 2003. He noted that the state's heat season is "rapidly expanding, with extremely hot temperatures showing up as early as March and lingering into September and October."

Other advocates had found distinction between worsening heat waves and California's response, one of them is the state's lack of communicating the risks to the public and instituting effective means to check on neighbors who are isolated, elderly or medically fragile.

"We have a real challenge in front of us in how to get people to understand," said professor Kristie Ebi in the Center for Health and the Global Environment at the University of Washington. "Yes, you've been through heat waves before. But these heat waves are hotter, they're more intense, they last longer, they're more deadly."

In addition, public health experts had complained that the National Weather Service's approach to its heat advisories is "too conservative and does not account for heat waves that may not exceed those thresholds but nonetheless send people to the hospital."

However, the weather service has updated its approach recently using a new method which "pulls in a broader array of climate data, including unusually high and low forecasted temperatures, the degree of cooling overnight and health data to account for populations that are more vulnerable to the heat," according to public weather services program manager Kimberly McMahon.

Also read: Australia Fears Disasters Due to Climate Change May Result in Billions of Casualties and Damages