It's only just the first week of October but the northern Plains is already exhibiting record-breaking heat, a summer heat like the 80s.

The Desert Southwest brings warm summer heat across parts of central United States this month, breaking the 101-year-old heat record in north-central US. July and August had passed but the summerlike heat remains warm enough to beat daily records of extreme drought conditions in the region. High temperatures had lingered this past summer and has continued into early fall.

On Monday last week, Omaha, Nebraska surpassed its Sept. 27 record of 92 by a degree. Dickinson, North Dakota followed the next day breaking the record for the latest 100-degree day.

Most Significant Heat Records of the Week 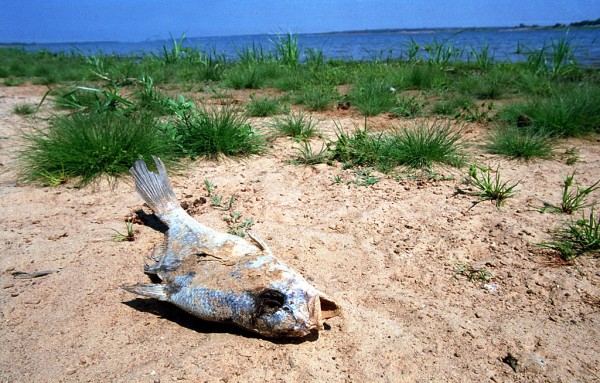 (Photo : Photo by Joe Raedle/Newsmakers)
377804 08: A dead fish lies near a lake September 6, 2000 just outside the city of Dallas, Texas where the water from the lake used to cover the spot were the fish lies.

Dickinson set the most significant record on Tuesday, with mercury peaking at 92 F, exceeding the previous record of 91 F set 101 years ago. AccuWeather Meteorologist Matt Benz said that "even if these weren't record-level temperatures, they're surely rare."

Earlier in the week, warm temperatures slightly showed decline following the record stretch, however, it bounced back to above-average levels over the weekend.

In Montana, some parts could approach record territory within the week.

Moreover, AccuWeather forecaster's prediction that high temperature will reach 86 degrees in the Billings area on Tuesday became true. This heat breaks the Oct. 5 record of 85 degrees Fahrenheit set in 1993.

Temperatures that day hit record levels in Bozeman and Helena, Montana as well.

Meanwhile, Bismarck, North Dakota, topped out at 91 F which broke the daily record of 90 F the record last set in 1949.

"The core of the heat is expected to peak on Tuesday for many locations across the northern Plains, but temperatures will likely remain well above average through the end of the week," said Benz.

As large area of high pressure settles over the Plains this week, extreme temperatures will be enhanced even further, moving northward and out of the Rockies. According to Benz, it "will not only be amplified due to a dip in the jet stream, but will also bring in a surge of warm air from the Desert Southwest."

Most likely, residents are already aware of the precautions at this time of crisis. However, visitors are encouraged to take extra caution by staying hydrated and avoiding strenuous activities during warm weather or when the sun is at its highest point during the day. Weather-related deaths are common in United States, cool or warm.

"Drought continues to grip most of the northern Plains where places like Dickinson and Williston haven't received much meaningful rainfall since August," Benz added.

This means risk of wildfires could elevate this week as well. The National Weather Service (NWS) issues a red flag warning for northeastern Montana and parts of Wyoming.

An end to the sweltering heat is in sight, Benz notes, and it could begin cooling down by this weekend.