Is it possible for dragonflies to migrate thousands of miles across the Indian Ocean, from India through the Maldives to Africa, and return again?

Led by Lund University in Sweden, an international research team has made use of models and simulations in order to discover if there is any truth in the hypothesis.

Charles Anderson, a marine biologist proposed a hypothesis in 2009, after carrying out an observation on globe skimmer dragonflies - Pantala flavescens - on the Maldives, that had found its way in from what he presumed was India.

When the flies went off again, it was in the direction of East Africa. 12 years later which is now, a group of researchers chose to investigate his claim.

Globe skimmer dragonflies are not big enough to be fitted with transmitters. Rather, the researchers checked its physiological aspects, estimating the length of time a globe skimmer dragonfly could remain airborne utilizing the energy saved in its body.

Additionally, the researchers made use of meteorological wind models so they will be able to find out if there are winds that can ease the migration in both directions.

A biology researcher at Lund University, Johanna Hedlund, said: "Our study shows that this migration from India to East Africa is actually possible. However, the globe skimmer dragonfly can't manage it using only the fat it can store in its body. It also requires favourable winds and these are present during certain periods of the year."

Johanna Hedlund and her team deem it impressive that they can even try doing this. The one that is more impressive is that the longest in the animal kingdom when it comes to the size of an animal is the globe skimmer dragonfly migration across the Indian Ocean. 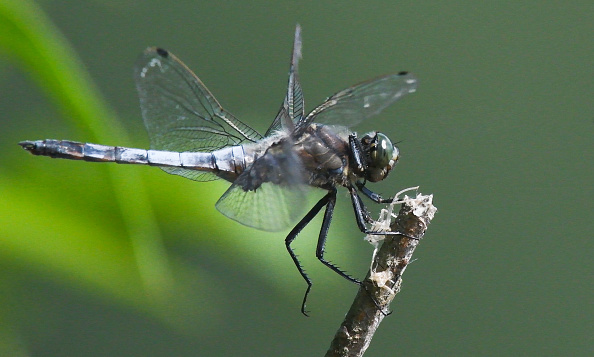 Effect of Climte Change on Migration

Johanna Hedlund said: "We have got a lot closer to solving the mystery of how a tiny dragonfly, which only weighs 300 milligrams, can cross 2,000 kilometres of open sea."

Other animals also depend on beneficial wind conditions during their migration. Two instances are the Jacobin cuckoo and the amur falcon, which also moves across the Indian Ocean.

The researchers supporting this study warn that climate change could possibly affect the odds of these birds and the globe skimmer dragonfly in time to come. The danger is that wind patterns will be altered when the surface of the water becomes warmer.

The researchers recognize that the study is crucial in a number of ways.

Related Article: Dragonflies Head North Across Britain and Ireland Because of Climate Change