In the recent weeks, rare whales have been consistently sighted off the coast of California, which makes people wonder what has taken them there. One of the noticeable sightings was the rare yellow whale who was spotted by lucky tourists of an ocean adventure in San Diego in August.

It was believed that it belongs to Cuvier's beaked whales or goose-beaked whales in the family Ziphiidae. However, the yellow appearance of the animal was quite unique from the typical brown, gray, and white-colored beaked whale.

"You've heard of blue whales, you've heard of gray whales, you've probably even heard legends of white whales, but have you ever heard of a yellow whale?" said Dom Biagini, owner of Gone Whale Watching San Diego. "A weekend of incredible sightings was capped by a remarkable encounter with Cuvier's beaked whales: one of the most elusive and mysterious cetaceans on earth!"

The 'champion divers amongst whales' 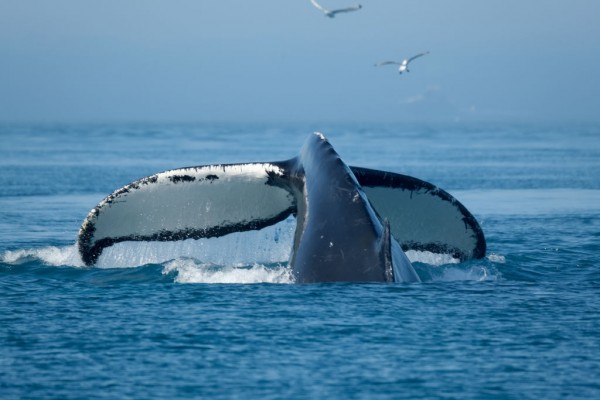 Cuvier's beaked whales are held the 'champion divers amongst whales'- holding record for the deepest and longest dive for any mammal. They are approximately 20 feet and can go to depths of 9,816 feet - almost two miles. Recently, one whale was recorded to have dived for three hours and 42 minutes before coming back to the surface.

This encounter happened 70 miles offshore during an eight hour-long whale watching expedition. Biagini was able to capture aerial footage of whales using a drone, which may be the first time an occasion like this has been filmed. Whales resurfaced next to the boat with squid in their mouths.

"Initially 12 of these yellowish-brown whales appeared as we were waiting for one of the many blue whales that we had been observing to surface," the tour operator said. "After a 30-minute dive, half-a-dozen Cuvier's returned to the surface with chunks of squid right next to our boat!"

Unusual sightings of the animals

Cuvier's typically swim far away from the shore, which is why some think their appearances are unusual.

The rare whale spotting is not the only one during this season. In fact, a 90-foot-long blue whales were also spotted off the coast of Monterey way back in August. Several pictures and a video of the huge whales were shared by the Monterey Bay Whale agency on their Facebook page.

While it is unknown why their species are recently resurfacing, like so many species, they are also vulnerable to human activities, especially the intense noise created by military sonar. Man-made noise frightens them and surfaces quickly.

During the summer months, up to 2,000 blue whales migrate past California's central coast, containing the largest percentage of blue whales in the world, with around 10,000 of the species.

Moreover, their populations have also significantly declined due to commercial whaling activities like vessel traffic and the fishing industry.

Cuvier's beaked whale populations are slowly on the rise as awareness of the threats of human behavior have been spread. Unfortunately, the whales are still listed as endangered.