Cassowaries, The World's Deadliest Birds, May Have Been the First Man-Bred Birds

A cassowary, known as the world's most deadly bird because of its long, dagger-like toe, may have been the first bird bred by humans. The bird is an unexpected choice for domestication since it is territorial, aggressive, and resembles a dinosaur in appearance.

A recent analysis of over 1,000 fossilized eggshell pieces unearthed from two hunter-gatherer rock shelters in New Guinea suggests that early humans may have gathered the giant flightless bird's eggs before they hatched and then nurtured the babies to adulthood. 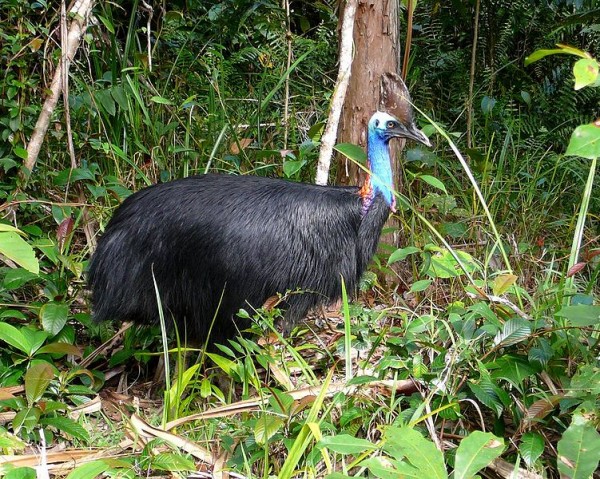 Kristina Douglass, an associate professor of anthropology and African studies at Penn State University, said, "This behavior that we are observing comes thousands of years before the domestication of the chicken."

"And this isn't some tiny fowl; it's a big, obnoxious, flightless bird capable of eviscerating you," she stated in a press release.

While a cassowary may be hostile (a man was murdered by one in Florida in 2019), the researchers claim that it "imprints" quickly, becoming connected to the first object it sees after hatching. This implies it's simple to care for and grow to mature size.

Cassowaries are New Guinea's biggest vertebrates, and their feathers and bones are treasured resources for body decoration and ceremonial use. In addition, new Guineans regard the bird's flesh to be a delicacy.

Cassowaries come in three different species and are endemic to northern Queensland, Australia, and New Guinea. Douglass believed that our forefathers most likely raised the tiniest species of cassowary, the dwarf cassowary, which weighs approximately 20 kilos (44 pounds).

The study used carbon dating to determine the ages of the fossilized eggshells, which varied from 18,000 to 6,000 years old.

Humans are thought to have tamed hens for the first time around 9,500 years ago.

To get to their results, the researchers began by studying the eggshells of live birds, such as turkeys, emus, and ostriches.

As the developing chicks acquire calcium from the eggshell, the insides of the eggshells alter. The researchers were able to create a model of what the eggs looked like at different incubation phases by using high-resolution 3D pictures and analyzing the interior of the eggs.

Before applying their model to the ancient eggshell fragments discovered in New Guinea, the researchers tested it on current emu and ostrich eggs. The majority of the eggshells recovered at the sites were close to maturity, according to the researchers.

"We discovered that the vast majority of the eggshells were collected late in the process," Douglass added. "The eggshells appear to be a little late; the pattern isn't random."

According to the study, people residing at these two rock shelter locations were gathering eggs when the cassowary embryos had fully grown limbs, beaks, claws, and feathers.

Why were they bred?

But were people gathering these eggs to allow them to hatch, or were they collecting the eggs to eat? Douglass speculated that they might have been doing both.

Eating eggs with fully developed embryos in certain parts of the globe is considered a delicacy, but Douglass said the research team's findings showed individuals were hatching the chicks.

In the news announcement, Douglass added, "We also looked into burning on the eggshells." "We have enough late-stage eggshell samples that do not exhibit burning to conclude that they were hatching rather than consuming them."

Less developed eggshells revealed more evidence of burning, suggesting that cassowary eggs were cooked and consumed while their contents were primarily liquid.

"Cassowary chicks are raised to adulthood in the highlands to collect feathers and consume or trade the birds. Cassowaries, among the biggest vertebrate creatures in New Guinea, may have been highly prized in the past. Cassowaries may be raised from chicks, providing a ready supply of feathers and meat for an animal that is difficult to kill in the wild as an adult. "She explained everything via email. 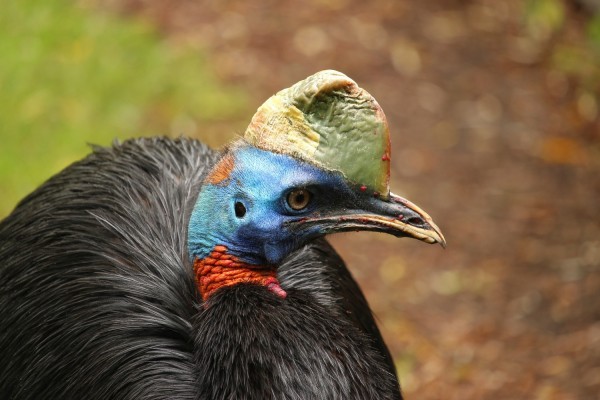 (Photo : Image by Lolame from Pixabay )

However, the researchers still don't know a lot.

People would need to know where the nests were when the eggs were deposited and take them from the nest shortly before hatching and successfully nurturing cassowary babies. This is a difficult task since birds do not nest at the exact location every year. In addition, male birds take up nest duties after a female lays the eggs and don't leave for 50 days while incubating the eggs.

"It's possible that the male was hunted, and then the eggs were gathered. Because males don't leave the nest alone, they don't eat much during the incubation period, leaving them susceptible to predators, "she said