Terrifying Fossils of 'Larger-Than-Humans' Giant Sandworms Found in the Ocean!

It's perfectly understandable to be afraid of the thought of having giant worm-like creatures burrowing beneath your feet. Many people go to bed at night peacefully, knowing such monstrosities do not exist in real life.

Or, at least it no longer does.

Scientists discovered trace fossils that lead to a hunting lair of ancient giant worms. The trace fossils are estimated to have been around for 20 million years.

A couple of million years in the past, monstrous giant worms are said to have terrorized the oceans. They are not as big as the giant sandworms, but they are still big enough to overpower humans. In fact, some can reach lengths longer than most adult humans. And, to make it scarier, they are predatory creatures.

The giant monster worms used to hide under the seafloor while waiting for their next victim.

When an unwitting prey goes into where the worms are laying, they use their huge razor jaws to slice the poor animal up and drag their remains underground. When they reached their lairs, the worms then consume their foods. 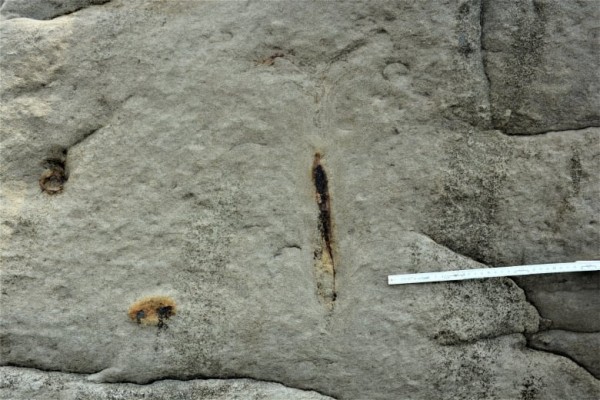 According to Shahin Dashtgard, an earth science professor at the Simon Fraser University in Burnaby, British Columbia, the fossils were very distinctive. It's nothing like what they have seen before in the rock record, he added.

Unlike traditional fossils that are usually formed from the hard parts of an animal's body, such as its bones or shell, the worm fossils are "trace fossils" consisting of non-biological traces such as footprints or, in this case, a burrow. The fossils are described in a study published in the journal Scientific Reports.

Amazement poured upon the realization that, unlike traditional fossils formed from the harder parts of an animal's remains like the bones or the shells, trace fossils consist of non-biological traces

Worms usually have very soft bodies; they rarely fossilize, according to Dashtgard. That means the burrows they created are the only record they have regarding what the ecosystem would look like and how diverse it was.

Based on the trace fossils and the nature of how predatory worms work, the researchers have enough evidence to propose that the prehistoric worm bears a resemblance to modern Sand Strikers, also known as Bobbit worm. 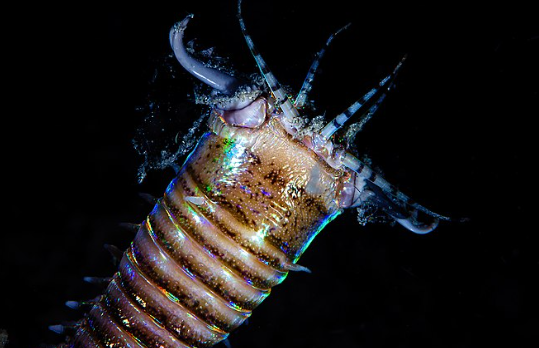 Bobbit worms are predatory worms that live in tropical seas around the Indo-Pacific Regions. The modern-day monsters worms can grow up to three meters in length. They got their name because of their terrifying slicing abilities, like how abused wife Lorena Boobit did to remove her abusive husband's genitals.

The real-life, though miniaturized, versions of the Sarlacc are said to have existed for a relatively long time. So long in fact that fossil jaws of what is believed to be the oldest Bobbit worm have been discovered in a 400-million-year-old rock formation in Ontario, Canada. Unfortunately, there are very few recorded fossils of such giant worms because, as mentioned before, worms are pretty soft.

To know more about ancient worms in the future and how they dominated the prehistoric domains, researchers are now looking for improving methods of locating trace fossils for soft-bodied marine creatures. The researchers won't rest until they find out more about the terrifying creatures.