On Monday, the Bezos Earth Fund promised $1 billion to assist in the protection of susceptible nature and Indigenous peoples all over the world, with Congo Basin, the tropical Pacific Ocean, and the tropical Andes being an initial focus.

The $1 billion pledge aims at protecting 30% of land and sea from mass extinctions and climate change by 2030.

After 2021's focus on conservation, the fund said that in years to come, its intention is to back up efforts concerning landscape restoration and food system transportation. 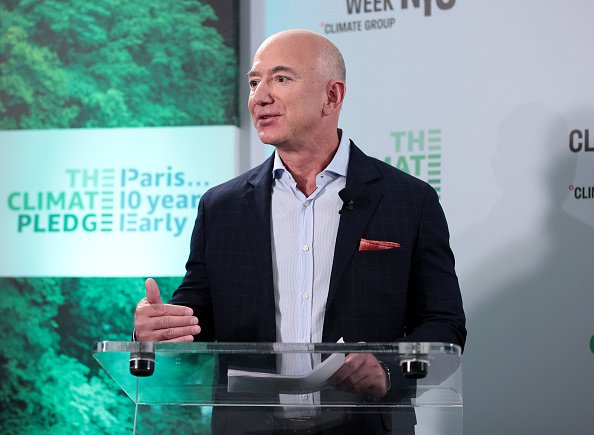 The pledge is the greatest to date from the fund of $10 billion, which Jeff Bezos, Amazon founder, launched in 2020 to combat climate change.

This year, payment will kick off, with attention on places where there's outstanding need and opportunity, and also regions where native peoples play a major role in conservation programs.

In a statement, one of the richest people in the world, Bezos, said: "By coming together with the right focus and ingenuity, we can have both the benefits of our modern lives and a thriving natural world. I hope this commitment inspires others to make their own pledges to protect and conserve nature and help in the fight against climate change. A job this big needs many allies."

Bezos, who retired as chief executive of Amazon in July, long elevated many climate initiatives which his company made over the years. Amazon has sponsored a network of wind and solar farms which is among the long-term aims of promoting its global infrastructure with 100% renewable energy.

But Amazon has also been condemned for its participation in climate change, specifically its increasing greenhouse gases produced by its fleet of airplanes, vans, and trucks that distributes packages to its customers.

A number of Amazon workers have noted that the pledge which Bezos made in September 2019 to make the company carbon neutral by 2040 seems ambitionless compared with commitment which Microsoft made to be carbon negative by 2030.

Earlier this month, the fund publicized that it is promising $203.7 million this 2021 toward the battle against the climate crisis, with a greater amount going to organizations holding up a program from the Biden administration called the Justice40 Initiative, whose aim is to give benefits from federal investments in climate and clean energy efforts to underprivileged communities.

It also offered $791 million in grants in 2021 to about 16 organizations, including the Natural Resources Defense Council, the World Wildlife Fund, and the Nature Conservancy.

In a statement, Bezos said: "The natural world is not better today than it was 500 years ago, when we enjoyed unspoiled forests, clean rivers and the pristine air of the pre-industrial age. We can and must reverse this anomaly."