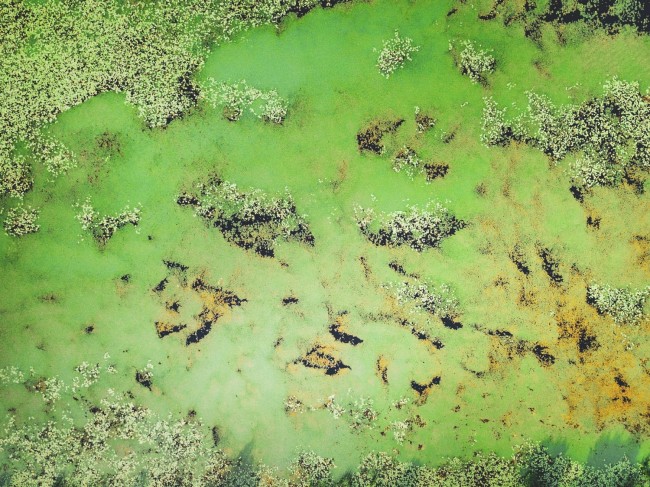 New research published in the journal Nature Communications points out the role of climate change in causing abrupt changes to important algal communities in the oceans. Scientists find that the warming hemisphere are predicted to change pole-wards in the next 100 years.

Researchers from University of East Anglia and the Earlham Institute suggests that gradual change in microbial diversity could occur more abruptly if warming continues and reach a breaking point - "wherever the upper ocean temperature is around 15 degrees on an annual average, separating cold and warm waters" - with UK as one of the areas most likely to receive severe impacts.

However, the team noted that the abrupt changes could be stopped if we are also swift in battling climate change.

Algae blooms and their contribution to the ocean's healthy balance

"Algae are essential in maintaining a healthy ecosystem to balance ocean life. By absorbing energy from sunlight, carbon dioxide and water, they produce organic compounds for marine life to live off," said Prof Thomas Mock, from UEA's School of Environmental Sciences.

"These organisms underpin some of the largest food webs on Earth and drive global biogeochemical cycles.

According to the professor, the algal communities are "accountable for at least 20 percent of annual global carbon fixation." Therefore, when temperature in marine ecosystems change, it could impact upon the algae that our ocean biodiversity depend on.

"We wanted to better-understand how the climate crisis is impacting algae worldwide from the Arctic to the Antarctic."

The study was led by scientists at UEA in collaboration with the US Department of Energy (DOE) Joint Genome Institute (JGI, U.S.) and the Earlham Institute (UK), conducted over more than 10 years by an international team of 32 researchers from different institutions including the University of Exeter in the UK and the Alfred Wegener Institute for Polar and Marine Research in Germany.

How climate crisis impacts algae around the world

Using first pole-to-pole analysis, the team wanted to find how algae (Eukaryotic phytoplankton) and their expressed genes are geographically distributed in the oceans, as well as how their gene activity change under certain environmental conditions.

"Our results provide new insights into how changing environmental conditions correlate with biodiversity changes subject to large-scale environmental fluctuation and disturbances. This knowledge is essential for predicting the consequences of global warming and therefore may guide environmental management," Prof Mock explained.

"We can expect the marine systems around the UK and other countries on this latitude to be severely affected, and more suddenly than previously thought."

He noted that largest ecosystem change occurs when marine microalgal communities and their associated bacteria is replaced by their warm-water counterparts.

However, Prof Mock discloses that their understanding of environmental conditions are limited on how it is responsible for differences between local species communities on a large scale from pole to pole.