Scientists found that molecular hydrogen (H2) in the atmosphere had increased by 70 percent over the course of the 20th century, and this surge was linked to modern human activity.

In new research, the team examined air samples accumulated in drilled cores of Antarctica's ice sheets only to find implications of anthropogenic emissions to recent air pollution. This includes fossil fuel and hydrogen emissions surging with 'no signs of slowing down.'

The study is the first to expressly lay down a solid figure of how much humans have emitted since industrial times.

Sources and sinks of atmospheric hydrogen 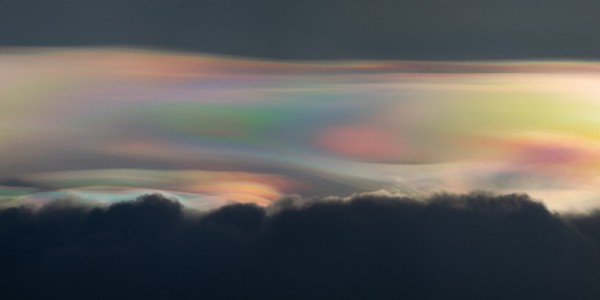 Molecular hydrogen in the atmosphere forms due to the breakdown of formaldehyde, but also a byproduct of fossil fuel combustion. Experts can confirm that hydrogen indirectly impacts distributions of methane and ozone - the second and third most important greenhouse gases after carbon dioxide.

This means that hydrogen, although an important trace component of the atmosphere, has a global warming potential since it is considered an indirect greenhouse gas.

"Aging air is trapped in the perennial snowpack above an ice sheet, and sampling it gives us a highly accurate account of atmospheric composition over time," explains Earth scientist John Patterson from the University of California Irvine.

"Our paleoatmospheric reconstruction of H2 levels has greatly enhanced our understanding of anthropogenic emissions since the beginning of the industrial revolution."

The expert believes that hydrogen emissions have been significantly underestimated. Patterson added that "the bulk of the growth in H2 is attributable to human activities, especially those resulting in transportation-sourced emissions, but a portion of the increase is still unaccounted for."

"There's no evidence that atmospheric molecular hydrogen emissions decreased in the 20th century, so we are likely underestimating nonautomotive sources of the gas."

Hydrogen emissions and leakage are understudied

Generally, hydrogen leakage in terms of human-caused emissions is 'rarely considered' compared to emissions, and it is important that this is also noted. Hydrogen leaks from automobile exhaust has not been directly measured through industrial processes, but it known to be highly significant.

Researchers estimate 10 percent leakage rate between 1985 and 2005, roughly half the rise in recent hydrogen emissions. The source of the sinks? 'Seriously understudied'.

Climate scientists and environmentalists also hope to scale up green hydrogen processes that could result in substantial leakage. They fear that leakage from industrialized hydrogen gas plants could accelerate the lifetime of methane in our atmosphere.

Authors wrote that industrial processes must be attended to carefully "to reduce to a minimum the leakage of hydrogen from the synthesis, storage and use of hydrogen in a future global hydrogen economy if the full climate benefits are to be realized."

Scientists look out for new source of H2 emissions 'looming on the horizon', although they are hopeful to find a source of hydrogen that does not turn up to be leakage.

Also read: Black Carbon: How Long Do These Heat-Absorbing Particles Linger in the Atmosphere?