Scientists Unlock the Maternity Methods of Spider Mummies From 99 Million Years Ago!

All spiders lay eggs that are wrapped in silk and placed in an egg sac. Most spider species wrap their eggs entirely, forming a neat bundle, however some spider species just spin a few strands to keep their egg clutches together.

The color and structure of egg sacs are generally distinctive, and they can even be used to identify a species. Multiple layers of wrapping, including particularly durable silk or colorful silk, or even mud or sticks, may be used in more sophisticated egg sacs.

The majority of spider moms' parental responsibilities stop after the completion of an egg sac. However, for some parents, the journey to parenthood is just beginning. 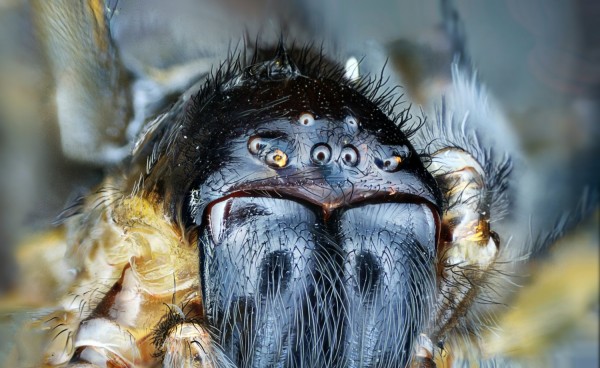 (Photo : Photo by v2osk on Unsplash)

Mother spiders from a variety of spider groups protect their egg sacs from predators and parasites. Some even take care of the baby spiders, known as spiderlings, after they hatch. Because spider eggs are a tempting meal for other invertebrates, egg sac protection is a vital parental commitment.

Wasps that specialize in parasitizing spider egg sacs make up an entire subfamily. A female wasp will place her own eggs inside the silk egg wrappings of a spider, and the wasp larvae will eat all of the spider eggs when they hatch.

Maternity Methods of the Big-eyed Spiders

When big-eyed spiders were stuck in sticky tree resin 99 million years ago, they were most likely defending their egg sacs and possibly caring for already hatched spiderlings. Researchers claim the resin hardened, encasing the arachnid mothers in four bits of amber recently unearthed in Myanmar and now regarded as the oldest evidence of parental care in spiders.

The most remarkable of the four amber chunks is one with a huge female spider and a portion of an egg sac beneath her, according to Professor Paul Selden.

Due to her facial appendages, spineless legs, and trichobothria, or "sensing hairs," this spider belongs to the Lagonomegopidae family, a now-extinct spider family that thrived in the Northern Hemisphere during the Cretaceous period (145 million to 66 million years ago). Selden believes the mother's protective attitude above her egg sac indicates maternal care.

The silk thread that held the spider's eggs together was even preserved in amber. According to Selden, some scientists believe that spiders first utilized silk to bind their eggs together, and then later employed it for other uses, such as webs.

The remaining three specimens contain spiderlings (24, 26, and 34), as well as silk spider threads, arthropod legs, and a wasp. Since these hatchlings in each specimen are roughly the same size, each piece will likely include a distinct set of spiderling siblings.

According to the researchers, they have Lagonomegopidae traits such as two huge eyes in the front of the head, similar to jumping spiders today. Although web-building spiders normally have poor eyesight, these huge eyes indicate that the lagonomegopid spiders were probably free hunters rather than web builders.

Spider silk entwined pieces of trash were found in one of the amber specimens with hatchlings, which could have been part of a nest created by the mother to protect her egg sac. This shows that the hatchlings stayed in the nest with their mother after hatching rather of dispersing right away, according to the researchers.

These spiders, on the other hand, met a sticky finish when they became entangled in tree resin, which crystallized into amber. The hatchlings most likely died soon after emerging from their eggs, and some of the preserved arthropod appendages could be their mothers' legs, according to the researchers.