Wildlife groups from Nevada calls for shut down of the state's annual black bear hunt due to this season's wildfire.

Eight Nevada advocacy groups had petitioned the Nevada Department of Wildlife (NDOW) to stop the hunt which is scheduled to begin on September 15, despite the recent catastrophic wildfires. This is an unfortunate event for the 300-400 black bear population in the state.

The annual bear hunt will feature packs of GPS-collared hounds chasing bears up trees. It will consist of 10 hunt units in burning areas where hunting is allowed. 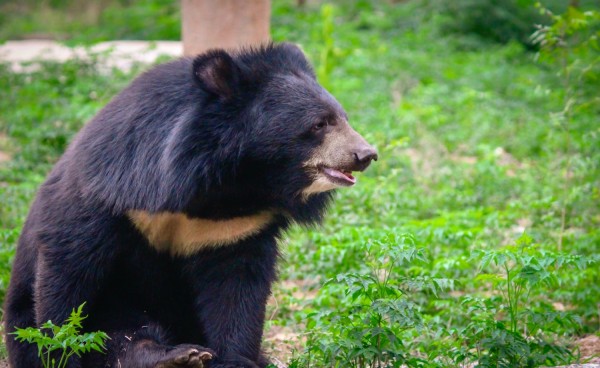 In a letter sent to the department this week, the bear defenders expressed the severity of the Tamarack and Caldor Fire affecting the ecology and wildlife of central Sierra Nevada. "The two perimeters of these massive conflagrations are less than eight miles apart. They form a nearly contiguous belt of burned terrain almost all the way across the Sierra Nevada," the note says.

"Additionally, just as the experience of living in or near a catastrophic wildfire of unprecedented size is harrowing for humans, so it is for wildlife."

"Please spare the bears and close the hunt in areas affected by the Caldor, Tamarack, and Dixie Fires," the groups wrote in the letter.

NDOW Director Tony Wasley explained the reason the hunt will continue is "to ensure non-burned areas are able to handle the amount of wildlife migrating to the areas after the fires." He added that their concerns are for both the animals and their habitat, and that reducing their number "can improve habitat conditions, animal health and survival rates," in which wildlife advocates beg to disagree.

"Removing or killing 100 may allow for the survival of hundreds and hundreds more.  It is population management, not the saving of individuals."

"Forced migration due to wildfires can throw social dynamics into disarray, potentially causing cascading ecological effects in areas far from the fires borders." According to research, this can lead to near-zero survival for cubs.

Most difficult summer for the bears

"We need to give our bears a break," said Patrick Donnelly, Nevada state director at the Center for Biological Diversity. "Climate-fueled catastrophic fire isn't just hard on us, it's also hard on wildlife. Bears are struggling to survive and recover from the most difficult summer of their lives, and now they're going to be chased by dogs and shot to death. It's unacceptable."

"Now is not the time to add additional harassment to what they've already suffered," added Don Molde of the Nevada Wildlife Alliance.

Both the NDOW and the Nevada Board of Wildlife Commissioners have legal power to shut down hunting units where an emergency has been declared. Nevada Gov. Steve Sisolak has declared both the Tamarack and Caldor Fires as emergencies.

"Not only should the bear hunt be suspended in fire-affected areas - the agency and commission need to take disasters into account when setting their quotas going forward," said Jeff Dixon of the Humane Society of the United States. "Wildlife management professionals need to factor in global warming's impact on ecosystems when setting those policies."