Scientists had spent decades to determine what caused the massive deaths of bald eagles in southeastern U.S. long time ago, not until recently when new research was able to identify the disease that significantly impaired the birds in the past 27 years.

The bald eagle (Haliaeetus leucocephalus) known as bird of prey or raptors, suffered from a disease that impaired them physically way back in 1994. It had spread widely among eagles' population that led to unprecedented massive number of deaths.

For decades, the killer disease had not been identified despite continuous efforts from experts, but a new study was able to link it to a neurological disease from ingesting a toxin produced by a species of cyanobacteria. The disease led the eagles to starve or drown due to poor coordination while walking, swimming, and flying.

Similar impairments happened to waterfowl and other birds of prey in 1998 across six states. 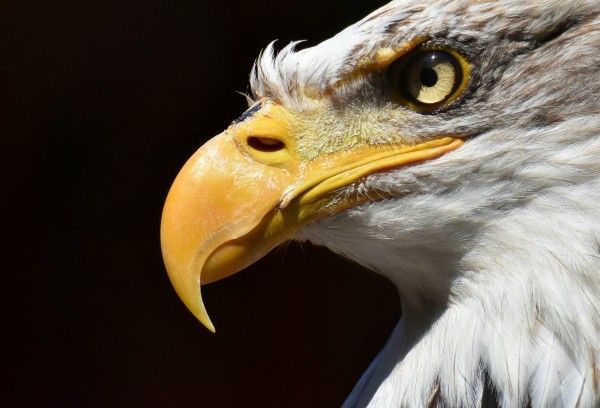 (Photo : Photo by Alexas_Fotos on Unsplash)

The occurrence of AVM had been widespread across freshwater reservoirs in the southeastern U.S., but its origin was not known, until scientists began to delve into the environmental conditions in AVM-positive water bodies.

Field sampling and lab studies of several water sources revealed that AVM-infected birds ingested a neurotoxin that is produced by a species of cyanobacteria, living on invasive aquatic plants. This species was later on identified as Aetokthonoshydrillicola which was proven to only grow on the invasive plant Hydrilla verticillata.

Later on, the scientists detected the presence of bromine, an unusual feature in the toxic bacteria and indicator of pollution when found in the environment. Bromine is usually introduced into man-made products, such as pesticides, dyes, gasoline, and plastic casings for electronics, which made it very rare to locate them in cyanobacteria.

This led scientists to suspect that toxins are produced due to bromine-based herbicides used by lake managers to control the invasive weed, H. verticillata.

How environmental health is affected by algal blooms

How bromine is getting into lakes is what remains a mystery for the team, as AVM-positive sites are typically occurring in human-made water bodies. To fully understand the cyanobacteria's toxic production, bromine-toxin absorbed in infected birds' bodies were also taken into consideration. They found that the toxin absorbed through the gut accumulates in the body.

It was then revealed that the toxins also affected fish, frogs, insects, and worms. Because of this widespread affliction, AVM is now called vacuolar myelinopathy (VM).

"We still need to sample how the toxin affects mammals and other organisms in food chains to understand how it accumulates in various food webs," said EPA scientist Matt Henderson.

Findings suggest that cyanobacteria as 'potentially dangerous toxin producers' and harmful to ecosystems and the environment. It also important to connect with lake managers to raise awareness of the dangers of bromine-based chemicals and provide alternative management solution that is environmental-friendly.