Milkweed butterflies have been caught eating live caterpillars for the first time, and these caterpillars turn out to be the young of their own species. Researchers said the insects do this so that their supply of mating pheromones will be increased. 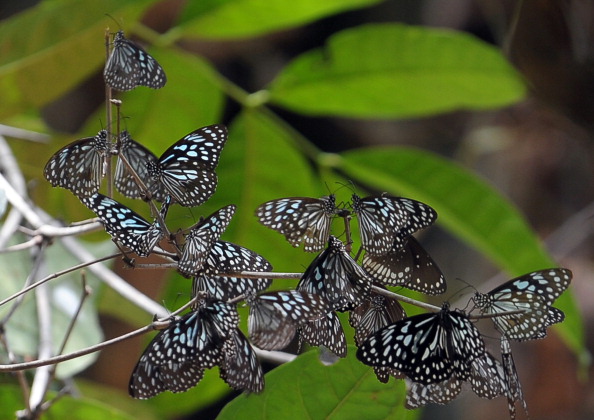 Alfred Wallace and Charles Darwin are only right most time. The behavior of a butterfly towards a species belonging to their own subfamily - Danainae -  is included in the latest findings that brings up questions in insect evolutionary theory.

Caterpillars eat poisonous plants, storing chemicals for self-defense. The chemicals are toxic and uninviting to predators like birds and are later displayed in bright, warning colors of butterflies.

These chemicals also assist butterflies - males - to make mating pheromones, functioning as marital 'gifts' to females in the time of courtship. In order to build upon this natural toxicity, male butterflies supplement their food by looking for extra sources of chemicals.

Also Read: Birds Learn to Stay Away From Flashy, Difficult-to-Catch Butterflies and their Replicas

The researchers postulated that most of the time these are gotten through plant sources, but in Indonesia's forests of North Sulawesi, it seems that they have evolved a taste for caterpillars - all in their search to boost their stock of this love drug.

Mr Yi-Kai (Kai) Tea, lead author, and a Ph.D. candidate from the University of Sydney School of Life and Environmental Sciences said: "This is the first time the behavior has been reported," said "The behavior does not fit neatly in the traditional modes of predation, parasitism, or mutualism, and so presents a new challenge to evolutionary theory. We have coined it 'kleptopharmacophagy'-chemical theft for consumption."

In order for these insects to supplement the chemical supplies, they get as caterpillar youngs, they adopt a behavior referred to as "leaf-scratching." 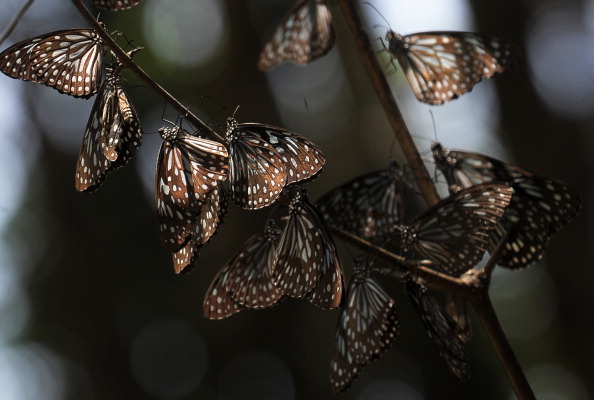 Mr Tea. said they damage plants that contain chemical using their sharp tarsal claws, free plant juices and consume them with the use of their curly, long tongues.

Scratching at caterpillars that are still alive, however, had never been reported in the past.

Mr Tea said: "Caterpillars are essentially bags of macerated leaves; the same leaves that contain these potent chemicals the milkweed butterflies seek out. To adult butterflies, they may simply be an alternative source of chemicals on which to feed."

It has been recorded that milkweed butterflies consume remains of other chemical-containing insects, this is the first time the act has been disclosed involving live insects of the same order and even their own larvae in this case. It is still unclear whether the death of the caterpillar was a direct effect of the scratching.