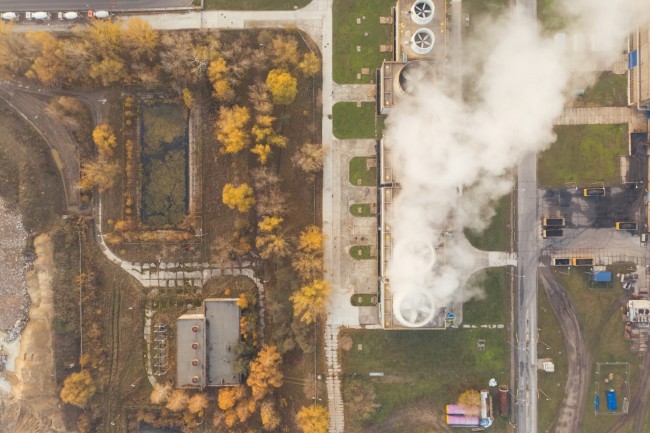 Carbon dioxide removal has gotten to the next level capacity in Iceland.

The world's first and largest climate-positive direct air capture and storage plant in the Geothermal Park in Hellisheidi, Iceland has just become operational, designed to suck up and store carbon dioxide underground. The launch of 'Orca' on Wednesday had been a 'monumental moment' of vision turned to reality for direct air capture industry as a whole.

The plant constructed by Switzerland's Climeworks and Iceland's Carbfix has gotten its name from an Icelandic word 'orka' which means 'energy', and came to life through the partnership of Climeworks' direct air capture technology and Carbfix's underground storage. The plant can draw up to 4,000 tonnes of carbon dioxide (CO2) out of the air annually, in its full capacity.

US Environmental Protection Agency (EPA) said: "That equates to the emissions from about 870 cars."

The 'Heart' of the Plant

In simpler terms, the plant collects carbon dioxide using fans that draw air into a collector - the plant's heart - which has a filter material inside. All eight collector containers in metal boxes, similar in appearance to that of maritime transport containers, are where the two-step process of capturing carbon dioxide takes place.

Finally, the CO2 is mixed with water before being injected at a depth of 1,000 meters into the nearby basalt rock where it is petrified. It was the Carbfix's job to design a strong scientific backbone as the world experts in rapid underground mineralization of carbon dioxide.

It is clear and beyond doubt that the so-called carbon capture and storage (CCS) can become a major tool fighting against climate change. However, the technology is still 'prohibitively expensive' and might take decades to operate at a large scale. But with an ideal location and strong partners, realizing this vision is not totally impossible.

Orca's design was made to express combination of nature, natural processes, and technology that emphasizes commitment to a positive industry.

"Orca is Climeworks' biggest facility to date. We are grateful for the pioneers that enabled us to increase the carbon dioxide removal capacity in Iceland. This facility demonstrates that carbon dioxide removal on a large scale is both possible and necessary," wrote Dr. Jan Wurzbacher, director, founder and member of the board.

With this plant, it has become possible not just to directly capture air, but provide a sustainable source of carbon dioxide as well. This is because the CO2 can be re-used for several applications, like recycling gas from air as a useful raw material.

Climeworks thereby maintain a healthy balance of carbon dioxide in the atmosphere since no excess CO2 is produced.