Design technologist of Objects and Ideograms, Alex Schofield and his team had been working on this 'novel technique' that could build an artificial reef and 'replace the real thing', supporting variety of marine organisms to prosper and grow.

By grinding down calcium carbonate, also known as limestone, Schofield was able to create new skeleton or scaffold for new corals to form on, which is good news for marine ecosystem.

"Coral reefs were a really interesting challenge for me. I kind of fell into in a little bit of an accident," said Schofield. "I had a friend who said 'hey, do you think you can 3D print coral?"

"Rainforest of the sea" 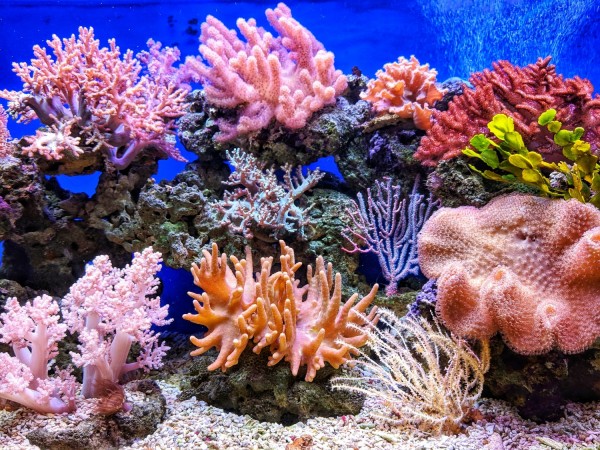 Since 2019, this innovation from the Bay Area, San Francisco have been worked on, along with the College of the Arts and Buoyant Ecologies Float Lab in the San Francisco Bay that test the printed structures' efficiency.

"The 3D printer builds it (calcium carbonate skeleton) layer by layer," said Schofield. "It's actually something that is very textural. There's a lot of variation in it. There is a lot of nooks and crannies."

Schofield incorporates calcium carbonate into the coral scaffolding which is grinded into a fine powder prior to being built into an artificial reef, and they found that these printed limestone structures lured various marine animals.

"We get a very interesting and diverse amount of things that grow," said Schofield. "We have seen baby oysters that begin to grow. There was a tiny crab that was living in there. There are all sorts of different kinds of algae and microorganisms that are there that actually create a lot of the food and environments that support things like fish and oysters."

The reef earned its nickname "rainforest of the sea" as it created a vast community of organisms and was said to support about a quarter of all marine life.

Wider applications for science and environment

"I hope that this work can actually find a lot of use in the wild and applications," said Schofield.

"That doesn't mean just me printing a bunch of things myself. It means other people printing things. It means a lot of scientists, a lot of people on the ground who are actively doing work taking these and putting them out into the wild and actually having coral have a lot of benefit in that it has a home to begin to grow into."

With the increasingly alarming reports of climate change affecting the bleaching status of reefs and causing their deaths, specifically in Australia, Schofield hangs on to his printer with hopes that this kind of innovative technologies can be put to good use and provided wider applications for the sake of science and helping out striving ecosystems.