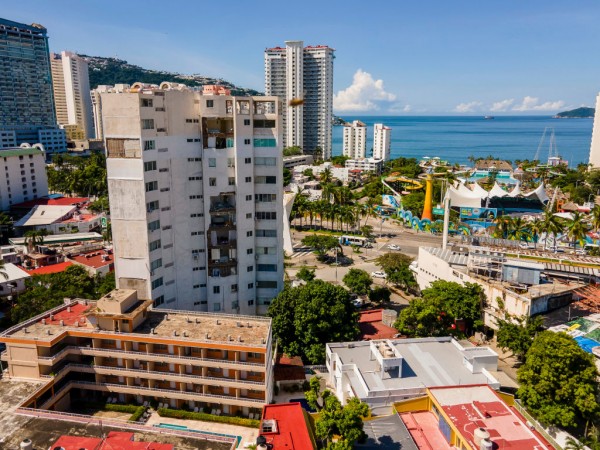 (Photo : Photo by Raul Aguirre/Getty Images)
Aerial view of a damaged building which lost a part of its wall after a magnitude 7.1 earthquake hit yesterday close to 9:00 pm on September 08, 2021 in Acapulco, Mexico.

As the earthquake rumbled, power flashes lit up the night sky, leaving portions of the Acapulco area without electricity. In addition, it was claimed that phone lines and electrical cables had been damaged. Tlatelolco, Mexico, also had some outages. Around 1.6 million people were without electricity across five states in Mexico as of Tuesday night, with 13 percent of inhabitants in Mexico City experiencing disruptions due to the earthquake.

The quake impacted places more than 230 miles away from its epicenter, including Mexico City. As the earthquake rocked the region, residents were stuck aboard a swaying cable bus in the rain.

In the event of a collapse, people flooded the streets of these cities, and buildings were evacuated. Helicopters soared above Mexico City in search of damage to the city's infrastructure.

Héctor Astudillo Flores, the governor of Guerrero, Mexico, expressed worry that aftershocks will continue and aggravate the damage. In Coyuca de Benitez, Mexico, at least one person has died due to a fallen pole. In Pino Suarez, Mexico, another guy died of heart arrest.

A 4.9 magnitude aftershock occurred to the northwest of the 7.0 magnitude earthquake in Acapulco. A total of 92 aftershocks were reported on Tuesday night, according to the Sismologico Nacional.

There have been "several gas leaks in numerous areas," according to Acapulco Mayor Adela Román, as well as landslides and fallen walls, according to television news source Milenio.

According to the US Tsunami Warning System, a brief tsunami hazard connected with this quake late Tuesday night for sections of Mexico's coastline. As of Wednesday morning, the threat has gone. There were no dangers to Japan's and the Philippines' coasts.

"Anyone helping with the earthquake cleaning should keep a watch out for these pop-up afternoon storms," DaSilva warned. 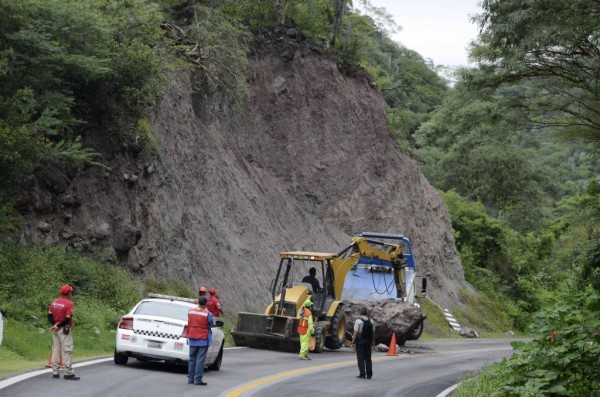 (Photo : https://www.gettyimages.com/detail/news-photo/magnitude-earthquake-struck-mexico-on-tuesday-near-the-news-photo/1235128644?adppopup=true)
Workers remove rocks on the Acapulco-Iguala highway after a quake in Acapulco, Guerrero state, Mexico on September 8, 2021. - A 7.1-magnitude earthquake struck Mexico on Tuesday near the Pacific resort city of Acapulco, leaving at least one person dead and shaking buildings in the capital several hundred kilometers away. The epicenter was 11 kilometers (seven miles) southeast of Acapulco in Guerrero state, the National Seismological Service reported.

According to seismic sensors, the earthquake was shallow, originating at a depth of roughly 12.5 miles under the city of Acapulco.

Thrust faulting on the subduction zone, where the Cocos plate dives down into the mantle beneath North America and Central America, caused the earthquake. Large earthquakes are prevalent in the area. This earthquake struck at a section of the Middle America subduction zone that is considered capable of producing earthquakes of magnitude eight or more but hasn't seen one since 1911.