The COVID-19 pandemic had not just affected medical industries among other things, but also struck the industrial world and global economy in the form of supply chain shortages. One of which is the supply shortage of oxygen for space launches.

Liquid oxygen (LOX) is most commonly used in aerospace, submarine and gas industries, which was also used as the oxidizer in the first liquid-fueled rocket invented in 1926 by Robert H. Goddard, an application that has continued until now. In fact, this necessary propellant chemical is currently used by all the leading launch firms, including SpaceX, Virgin Orbit, and ULA.

Unfortunately, it's becoming more difficult to obtain LOX in the space rocket world, as high quantities of oxygen supply are needed for rocket engines. This same molecular oxygen is being used to directly pump oxygen into the lungs to treat COVID-19 patients. As what Richard Craig said, vice president of technical and regulatory affairs for the Compressed Gas Association: "People come first." 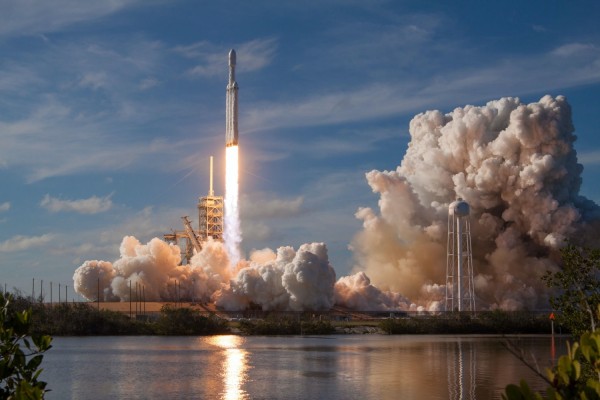 (Photo : Photo by SpaceX on Unsplash)

Due to COVID-19 surge, liquid oxygen from rocket launch pads is diverted to medical and hospital use. In fact, NASA announced that their September launch of the next Earth-surveillance satellite will be delayed by a week because of liquid nitrogen shortage ULA uses to test the rocket before launch.

"Current pandemic demands for medical liquid oxygen have impacted the delivery of the needed liquid nitrogen supply to Vandenberg," NASA said in a statement.

"We certainly are going to make sure the hospitals are going to have the oxygen that they need but for anybody who has liquid oxygen to spare, send me an email," said SpaceX President Gwynne Shotwell.

The space industry believes this growing supply chain problem will not be the last.

Supply shortages across the industrial world

Supply chains have not just wreaked havoc for the space industry but across the industrial world as well. These unexpected shortages are detrimental to the world's economies, such as the lack of rental cars in Alaska and a lack of Lunchables at the author's local grocery store.

Florida, where the need for oxygen is most acute and hospitals are filled with COVID-19 patients, including Orlando and Tampa, have restricted water-use because some water-treatment plants use oxygen in the sanitation process.

Commercial truck drivers are also experiencing labor shortages and have also compounded the supply bottlenecks according to Craig. Aside from that, lack of LOX could also affect the welding industry and steel production, paper, glass, chemicals and pharmaceuticals.

Elon Musk, CEO of SpaceX, tweeted that lean liquid oxygen supplies pose "a risk, but not yet a limiting factor" for SpaceX's launches.

While future launches are not completely ceased, their timeline is definitely impaired due to supply chain disruption brought by pandemic wherein oxygen is being shipped farther than in normal times.

Also read: In a Huge Environmental Milestone, the World Is Officially Free of Leaded Gasoline