The Jordanian army has issued a warning to Israeli soldiers to be on the alert for deadly reptiles in nearby rivers. The Israeli National Parks Authority is on the lookout for a crocodile that may have swum across the border.

The parks authority told the station that it had received information that a crocodile could be lurking between Sha'ar HaGolan and Masada, a small northern town (not to be confused with the Dead Sea-area desert fortress). 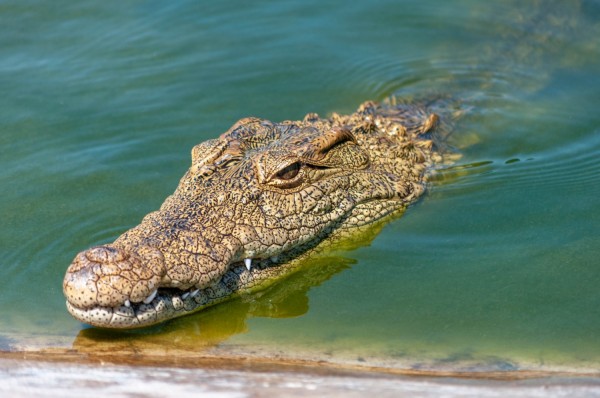 According to Israeli media, the Jordanian Army informed their Israeli counterparts that a giant reptile had been sighted swimming in the Yarmouk River, which forms part of the boundary between the two countries.

According to Channel 12, the Jordanians noticed the crocodile in a section of the river outside the border fence, therefore there was no risk towards civilians.

Despite occasional conflicts between Jordan and Israel, particularly over access rights to Jerusalem's Al-Aqsa Mosque, the two nations have enjoyed friendly and cooperative relations since a 1994 treaty formally ended the war that began with Israel's founding in 1948.

INPA Movement Towards the Missing Crocodile

The INPA said it was working with the army to verify the information and was also checking in with the operators of a crocodile farm that is a tourist attraction, at the Hamat Gader hot springs spa.

According to INPA "The authority is working with the army to get permission to cross the [border] fence in order to carry out searches in the area."

Security coordinators at the Emek Hayarden Regional Council, which controls settlements in the area, were also given the warning. Residents in the region were warned to keep vigilant and follow up on any sightings by security personnel, according to the station.

Crocodiles are no longer native to Israel, having been hunted to extinction in the early twentieth century, but the reptiles are kept on various tourist farms, notably those in Hamat Gader.

Groups of Crocodiles are Kept as Tourist Attractions

Although there are no wild crocodiles in Israel, the last one was slain by hunters over a century ago, a few locations have captive crocodiles that are used as tourist attractions and activities.

Officials also stated that because the crocodile was sighted behind the wall that runs along the border at this time, there is no threat to Israeli citizens at this time.

One farm in the Jordan Valley made international headlines after it failed as a tourist attraction, leaving the owners with an ever-growing crocodile population (700 crocodiles) that they were unable to dispose of.