Three extremely endangered Sumatran tigers were discovered dead earlier this week, leaving only about 400 in the wild. On Thursday, the body of a male cub was discovered five meters (15 feet) from his mother and sibling.

According to Agus Arianto, the head of the conservation organization, they died from infected wounds inflicted by the traps.

Sumatran tigers are the most critically endangered tiger subspecies, having become extinct in Bali and Java and living alone in Sumatra.

The poaching of the tiger family was the latest in a string of endangered animal deaths in Sumatra.

According to TRAFFIC, a worldwide wildlife trade monitoring network, poaching is responsible for about 80% of Sumatran tiger deaths. The habitat of tigers is also threatened by deforestation for palm oil, coffee, and acacia crops.

Also read: Safari Worker in Chile Killed Instantly After Tiger Mauled Her on the Neck

Pandemic Led to Hunt of Endangered Species for Monetary Purposes 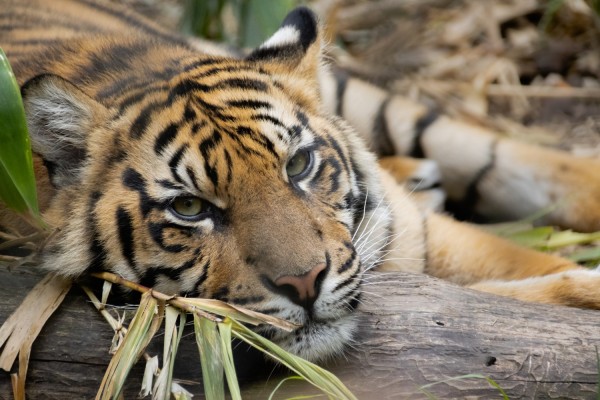 Conservationists have cautioned that the Covid pandemic has resulted in a rise in poaching as individuals turn to hunting for a source of income.

Tiger skin, bones, and canine teeth are in high demand as fashion accessories and for use in traditional system of medicine, therefore hunters trap or shoot them.

A decapitated elephant was discovered in a palm farm in East Aceh the same month. An alleged poacher was apprehended, as were four persons accused of buying ivory from the elephant. In June, four men were arrested in Aceh for catching a tiger and selling it remains for around £5,000 on the black market.

The skin, teeth, and bones of a tiger captured from suspected traffickers were shown during a news conference. According to authorities published by the Jakarta Post, the males also had the teeth and bones of a sun bear.

The Sumatran tiger is a tiger subspecies unique to Sumatra, an Indonesian island. It is the tiniest of tigers, due to its evolution on a remote island. The Sumatran tiger's stripes are closer together and its fur is a darker orange than other subspecies, which helps it blend in better with its tropical rainforest habitat.

Sumatran tigers, like other tigers, are carnivores. They will eat any edible animal, no matter how large or small. Fish, monkeys, wild boar, tapirs, and deer are just a few examples. They hunt at night and make one huge kill every week on average.

They can reach speeds of over 40 miles per hour in short bursts, so they must make the most of it. That is why they are ambush predators, stalking their prey stealthily and silently until they are ready to strike. Because of habitat destruction, Sumatran tigers are forced to wander longer distances in search of food, sometimes up to 18 kilometers.

Except during courtship, when a male and female would spend many days together, mating frequently to assure success, Sumatran tigers remain solitary. Before giving birth to a litter of one to six cubs, a female is pregnant for a hundred days. For around two years, the cubs stay with their mothers.